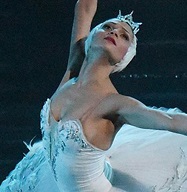 What: A full-scale production, set to the music of Pyotr Tchaikovsky and based on Russian folklore and German legend, SWAN LAKE follows a heroic young prince as he works to free the beautiful swan maiden from an evil spell. A ballet with four acts and one intermission, this romantic tale of true love is brought to glorious life featuring 55 of the most talented ballet stars in the National Ballet Theatre of Odessa’s first visit to the U.S.

Tickets: Tickets are on sale now and available at Ticketmaster.com, OldNationalCentre.com, the Old National Centre Box Office, or charge by phone at 800-745-3000.