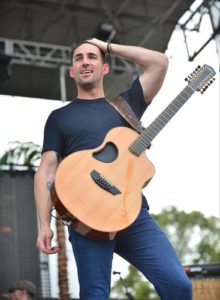 Two weeks after Jake Owen’s single, “I Was Jack (You Were Diane),” hit No. 1 on the country airplay charts, the Big Loud recording artist announces his new single, “Down to the Honkytonk,” and the second leg of his “Life’s Whatcha Make It Tour 2018.” The tour will include special guest David Lee Murphy and rising star Morgan Wallen. The tour will make a stop in Indianapolis on Thursday, October 18 at the Indiana Farmers Coliseum at the Indiana State Fairgrounds. Tickets are on sale now.

Owen’s thoughts on the tour

“I really do believe that life’s whatcha make it,” says Owen “That’s actually a line from my new single ‘Down to the Honkytonk.’ I’m so pumped to announce that the second leg of the ‘Life’s Whatcha Make It Tour’ will be starting this fall. I’m equally as excited about who is coming out on the road with us. David Lee Murphy is such a great guy and a writer on one of my biggest hits, ‘Anywhere with You,’ and Morgan Wallen is my label mate who just had a huge hit with FGL. It’s going to be an awesome way to wrap up such a great year.” 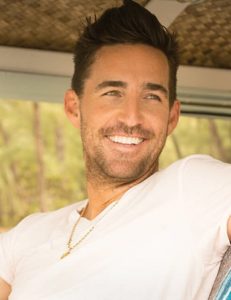 Owen is a dynamic entertainer who has had seven No. 1 singles to date and is an ACM award-winning artist. “I Was Jack (You Were Diane)” recently reached the No. 1 position on the country airplay charts, marking his seventh career No. 1 hit, with over 25M streams. His other six No. 1’s include the 2X PLATINUM anthem “Barefoot Blue Jean Night,” PLATINUM-certified hits “Beachin’,” “Anywhere with You,” “Alone with You,” “The One That Got Away,” and, GOLD-certified “American Country Love Song.” Owen’s fifth studio album, AMERICAN LOVE, debuted at No. 1 on Billboard’s Top Country Albums chart and No. 4 on the Billboard 200 all-genre chart. Most recently, Owen signed a new label deal with Big Loud Records, reuniting him with award-winning producer Joey Moi. Owen’s debut single for Big Loud, “I Was Jack (You Were Diane),” was the most-added single at country radio for two consecutive weeks and the fastest rising single of his career. Owen and Moi are currently in the studio working on the forthcoming project.