4U: A Symphonic Celebration of Prince

4U: A SYMPHONIC CELEBRATION OF PRINCE 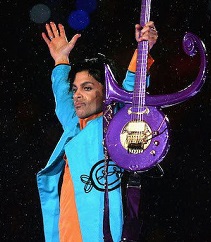 Live Nation Urban and TCG Entertainment will create and tour the first and only official estate-approved symphonic Prince celebration, the 4U- A Symphonic Celebration of Prince tour. 4U will present the music of Prince like never before, with a full symphony orchestra. In addition, each show will feature a live band including amazing musicians and vocalists who will perform alongside the orchestra. 4U will include Prince’s extensive musical catalog will be represented including his greatest hits as well as some of his lesser known gems in this musical celebration. Questlove, and avid Prince fan, has helped curate the music and arrangements that will be played by the symphony.