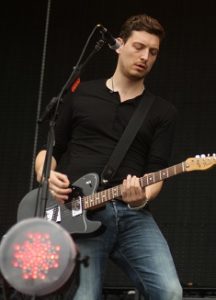 Since their 1998 debut, Songs for Polarbears, Snow Patrol has racked up an impressive number of critical and commercial accolades, including 15 million global album sales, over one billion global track streams, five UK Platinum Albums, and Grammy, BRIT Award, and Mercury Music Prize nominations. After their Fallen Empires tour ended in 2012, band members —which includes lead vocalist Gary Lightbody, multi-instrumentalist Johnny McDaid, guitarist Nathan Connolly, bassist Paul Wilson, and drummer Jonny Quinn — decided to take a step back from the band and focus on their own projects. Taking this extended break from Snow Patrol proved to be a source of inspiration. According to Lightbody, writing songs that were not pulled directly from his own psyche helped heal what he considered to be not so much writer’s block as life block. Snow Patrol’s album Wilderness, their first album in seven years, is out now and available for purchase on all formats. To celebrate the release of Wildness, Snow Patrol debuted new music videos for “A Youth Written In Fire,” “Life and Death,” “Wild Horses,” and “A Dark Switch.” The band has previously released music videos for “Empress,” “What If This Is All The Love You Ever Get?,” “Life On Earth,” and “Don’t Give In.”