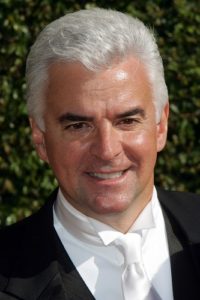 In one month, John O’Hurley will bring his autobiographical A Man With Standards tour to Schrott Center for the Arts, located at 610 W 46th St, Indianapolis on the campus of Butler University. The October 5 show begins at 8 p.m. and marks the third of the 2018-2019 Butler Arts Presents season, which includes a total of 16 diverse and exciting events featuring world-renowned musicians, family holiday programming, theatre, and storytelling.

A Man with Standards is John O’Hurley‘s 90-minute retrospective on the songs of The Great American Songbook along with the musings from his eclectic life and career. A Man with Standards is both humorous and poignant, bringing back the sounds of nostalgia in the voice of one of America’s greatest storytellers. John delights his audiences with the colorful stories and songs of his youth as well as revisiting his unforgettable moments on “Seinfeld” and “Dancing With The Stars.”

Single tickets on sale now and can be purchased in person at the Clowes Memorial Hall Box Office, online at butlerartscenter.org, or through Ticketmaster at ticketmaster.com or 800-982-2787.