After months of anticipation, multi-platinum selling, Grammy-nominated Chicago band Fall Out Boy released their seventh studio album M A  N   I    A on Island Records/DCD2 Records. The album is available across all DSPs NOW. The band also released a new music video for the track “Church” directed by Daveion Thompson. 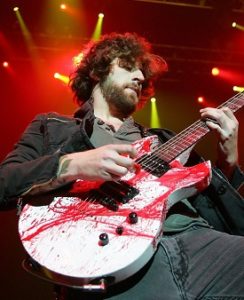 Fall Out Boy will bring M A  N   I    A on the road to 25+ U.S. cities beginning August 29 in Uniondale, NY with special guest Machine Gun Kelly on all dates. Gym Class Heroes, Every Time I Die, Against The Current, State Champs, LI.F.T., and nothing,nowhere will each join the tour on select dates to be announced. Tickets go on sale to the general public starting Friday, January 26 at 10 a.m. local time. For complete presale details and ticket information, please visit www.ticketmaster.com. $1 from every ticket sold will go to the Fall Out Boy Fund benefiting charities throughout Chicago. Prior to the U.S. run, the band will continue its global tour with dates across Australia, New Zealand, Europe, and Asia. The tour will make a stop in downtown Indianapolis on Sunday, October 7 at Bankers Life Fieldhouse. For a complete list of tour dates, please visit https://falloutboy.com/tour.

Tickets for the show in Indianapolis are on sale through LiveNation.com, Ticketmaster outlets, the Bankers Life Fieldhouse box office and charge-by-phone at 800-745-3000.