About the Goo Goo Dolls 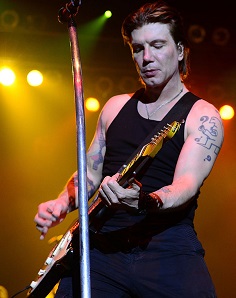 This fall, multi-platinum Grammy-nominated band Goo Goo Dolls will embark on the SiriusXM Presents: Goo Goo Dolls – Dizzy Up The Girl 20th Anniversary Tour, in celebration of the 20th anniversary of their iconic album Dizzy Up The Girl. The band will be performing the record in its entirety at each show, followed by an additional set packed with surprises and more of their many unforgettable hits. First released on September 22, 1998 via Warner Bros. Records, Dizzy Up The Girl is often noted for being the album that catapulted the band into mainstream success and is one of their most successful albums to date. The record sold 6 million albums worldwide, went 4x platinum in the U.S. and had five Top 10 singles, including “Iris” (3 GRAMMY nominations, Certified Platinum, 275M Spotify Streams) and “Slide” (Certified Gold, 57M Spotify Streams).