The Revivalists at Garfield Park 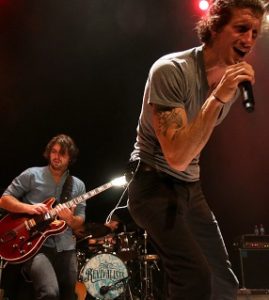 The Revivalists have announced a headline performance at MacAllister Amphitheater at Garfield Park (2432 Conservatory Dr.) in Indianapolis at 7 p.m. (6 p.m. doors) on Friday, September 28 as a part of MOKB Presents Summer Concerts at Garfield Park. 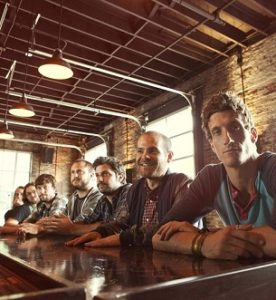 The Revivalists also released the official lyric video for the hit single “Wish I Knew You” from the album Men Amongst Mountains early this year. Featuring wistful lyrics, front man David Shaw’s unmistakable soulful rasp, an indelible melody, and a mix of bluesy rock and Southern R&B swagger, “Wish I Knew You” has earned the band multiple national TV appearances on Jimmy Kimmel Live!, The Ellen DeGeneres Show, TODAY and Conan.

General Admission and Reserved tickets are on sale now.  All ages are welcome and children 5 and under are free with a paid adult ticket. Fans can expect a festive atmosphere, free parking, food trucks, and a full bar for guests over the age of 21. A portion of the proceeds from Summer Concerts at Garfield Park will benefit the programs at Indy Parks & Recreation.

Summer Concerts at Garfield Park are brought to you by: Sun King Brewery & MOKB Presents.