AN EVENING WITH MELISSA ETHERIDGE:
YES I AM 25th ANNIVERSARY TOUR
TUE SEP 25 | 7:30PM
THE PALLADIUM 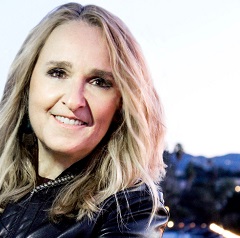 Known for her confessional lyrics and gritty, soulful vocals, this Grammy® and Academy Award winner has been one of rock’s most respected performers and songwriters for decades. Her many hits have included “Bring Me Some Water” and “I Want to Come Over.”

Etheridge’s current tour celebrates the 25th anniversary of her breakthrough fourth album, Yes I Am, which included the Top 10 single “I’m the Only One” and the Grammy-winning “Come to My Window.”