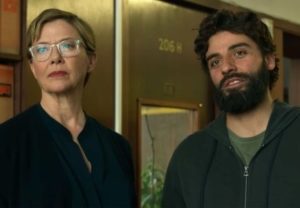 A young man is speaking to his therapist.  Whatever tragedy has befallen him, he has found solace in playing in a fantasy football league.  That is, apparently, all he thinks about.  As the therapist/patient conversation continues, it is blotted out by a somewhat annoying voice-over narration, which seems to be more interested in the therapist than in her subject.  Soon we will learn that none of this set-up has anything to do with the story (or stories) we are about to witness – save for the sudden and terrifying death of the therapist.

Brilliantly written, if not directed

What on earth is going on here?  The answer is “Life Itself,” the second bigscreen directorial effort of television producer and writer Dan Fogelman.  Much as in his hit series “This Is Us,” “Life Itself” tugs on our heartstrings as we (sometimes fleetingly) float from senseless tragedy to deep, heartfelt love.  That Fogelman is able to (mostly successfully) tie these seemingly random life moments together is more a credit to his screenwriting ability than his turn at directing a major motion picture.  Don’t get me wrong, his direction is fine; but oh, the screenplay.  You’d swear you were watching a Hollywood adaptation of a John Irving novel.  Just when we think the real meat of the story has arrived, Fogelman takes us in a wildly different direction.

When “Life Itself” kicks into high gear, we’re watching the story of young Will and Abby (Oscar Isaac and Olivia Wilde), two college students who fall in love, marry, and have a baby.  While Olivia’s parents died years earlier, Will’s folks are played by Jean Smart and an unnecessarily crude Mandy Patinkin.  Will narrates their meet-cute relationship to his therapist (Annette Bening), who just so happens to be the therapist in the opening sequence about the fantasy football fanatic.  So no, she didn’t really die; that intro was merely Will’s attempt at writing a screenplay – something he and Abby had discussed in bed one morning. 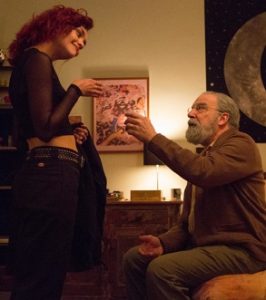 Will’s narration gives us the fascinating yet calamitous story of Abby’s youth – causing us to wonder how she emerged so “normal.”  In other words, why is Will the one seeing the therapist?  Ahh, the answers to these and many other questions will soon be answered; and then, just when our interest in these characters is at its apex, Fogelman begins telling a different story – that of young Dylan (Olivia Cooke from “Ready Player One”), the offspring of Will and Abby. 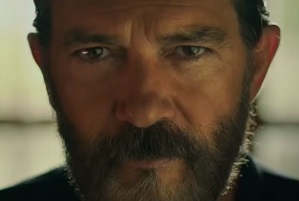 At this point in “Life Itself,” I felt somewhat cheated.  I was enjoying our first story, and now (through no fault of my own) was being dragged in a different direction.  But lest I carp too much on that which I cannot change, Fogelman soon takes us to Spain – to a story so unrelated to everything which has come before, we wonder if we’ve wandered to the restroom and returned to the wrong theatre.  Ironically, it is this story – featuring an excellent Antonio Banderas and Spanish actress Laia Costa – that turns out to be, in a way, the most compelling narrative of the entire effort.  This sequence, about a young boy and a tragedy he witnessed, flows like the best work of Pedro Almodovar – when he’s in a “serious” mood.

Again, that Fogelman miraculously ties all this together is a testament to his skill as a writer – but such a narrative structure is prefaced in an early scene involving Will and Abby, who act out scenes from Quentin Tarantino’s “Pulp Fiction.”  Once fed a diet of disjointed tales, we presume the various stories will eventually double back on themselves as was common in Tarantino’s early work.

But the scale of “Life Itself” is grander and, dare I say, more beautiful than that of “Pulp Fiction.”  I’m not saying “Life Itself” is the better film – it is not – but I am saying that where Tarantino’s screenplay concerned several narratives of thugs, hit men, and societal outcasts, Fogelman’s deals with major life events and their repercussions over successive generations.  The ending is so unpredictable, you’ll want to go back and re-watch at least the first third of the film a second time.

In an early scene, Abby – an English literature major – announces to Will at a fraternity mixer that she’s determined the subject of her senior thesis – that no story features a reliable, trustworthy narrator, and that the only narration upon which we can truly rely is that of life itself.  While it sounds ridiculous at first, Fogelman allows us enough time to dwell on the premise that the narrator of any story – be it a character in that story or the voice of the author – is relating that story through his or her tainted lens.  “Life Itself” seeks to dispel the notion of the biased narrator – in part by serving up different storytellers for each sequential shift.

While I can’t say the end result of this film is as strong as I would have liked, I am fascinated enough by Fogelman’s narration choices that I’d like to ponder how differently his stories could have been told by utilizing different options.  For example, how would our perception of the Will and Abby story adjust had it been told from Abby’s perspective rather than that of Will.  Remember how I asked why the comparatively more fortuitous Will was the one seeing the therapist rather than the cataclysmic Abby?  What if Abby had served as our narrator through this introductory portion of the film?  The end result would be a markedly different offering.  Would it have been more or less interesting?  More or less realistic?

“Life Itself” is a picture that could conceivably be discussed in college-level classwork.  Not necessarily in film class, mind you, but in literature class.  Again, “Life Itself” plays out like a novel.  That it is a Hollywood film borne of an original screenplay speaks more to the genius of Dan Fogelman as a writer than as a filmmaker.