About the Nitty Gritty Dirt Band 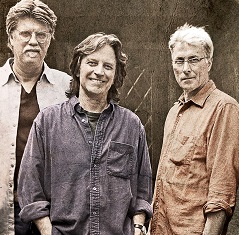 Led by original members Jeff Hanna and Jimmie Fadden, these country-rock pioneers are known for such hits as “Mr. Bojangles,” “Fishin’ in the Dark” and “An American Dream.” Their influential 1972 release Will the Circle Be Unbroken, a triple LP recorded in collaboration with traditional country and bluegrass legends including Roy Acuff and Earl Scruggs, is considered a milestone of American roots music and has been inducted into the Grammy Hall of Fame as well as the Library of Congress’ National Recording Registry. A second volume with a similar multigenerational approach, released in 1989, won three Grammy Awards and was named the Country Music Association’s Album of the Year.