The Indianapolis Symphony Orchestra welcomes a pair of Hoosier favorites as they return to the Hilbert Circle Theatre as co-hosts of the 33rd IPL Yuletide Celebration. Vocal legend Angela Brown and 2014 winner of The Voice Josh Kaufman are joining the ISO for this beloved holiday tradition.

Created and conducted by ISO Principal Pops Conductor Jack Everly, IPL Yuletide Celebration blends traditional and contemporary holiday favorites featuring our orchestra, accented by a talented cast of singers, dancers, and actors. IPL Yuletide Celebration celebrates its 33rd anniversary this year and continues to be the largest orchestra-produced holiday presentation of its kind. 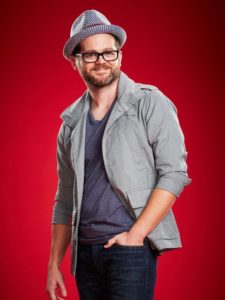 Josh Kaufman may be best known as the winner of the sixth season of The Voice, but his rich vocal work and musical ability catapulted him into the top of the iTunes Charts and onto the Broadway stage in the title role of Pippin. Josh joined forces with the ISO to host his first IPL Yuletide Celebration in 2016, and is scheduled to return to the Hilbert Circle Theatre stage this April for a weekend of Pops performances with the orchestra.

Angela Brown unites the worlds of pops, gospel, and opera in one phenomenal voice. Known worldwide for her successful Metropolitan Opera debut in the title role of Verdi’s Aida, Ms. Brown has made her mark on opera and symphonic stages across the globe. Throughout her career, Angela has joined forces with symphonic pops legends Jack Everly, Marvin Hamlisch, and Erich Kunzel while traveling the world for classical performances at Lincoln Center, Paris Opera, Vienna State Opera, Capetown Opera, Deutsche Oper Berlin, Edmonton Opera, Calgary Philharmonic, Shanghai World Expo, Moscow Performing Arts Center, and more. This will be Angela’s third stint as Yuletide host – she previously joined the ISO for the 2012 and 2014 holiday seasons.

“We are thrilled to have Angela Brown and Josh Kaufman on board for our IPL Yuletide Celebration,” said Interim Chief Executive Officer Steve Hamilton. “They are both fantastic friends to the Indianapolis Symphony Orchestra, and have done so much to represent our city and state on a national and international level. We look forward to sharing another extraordinary holiday season with Angela, Josh, Jack Everly, the ISO musicians, and the cast of our 33rd IPL Yuletide Celebration.”

Tickets for the 2018 IPL Yuletide Celebration will go on sale September 17. Visit www.indianapolissymphony.org for more information.