The Indiana Repertory Theatre’s 2018-2019 season opens up with a mystery, the likes of which could only involve the dynamic duo Sherlock Holmes and Dr. John Watson. Holmes and Watson, written by Jeffrey Hatcher, premiered in 2017 and will make its Indiana premiere on the OneAmerica Mainstage from September 25 through October 21.

Holmes and Watson weaves a mystery that expertly balances both humor and suspense as Watson is tasked with identifying the real Holmes three years after his struggle with Moriarty at Reichenbach Falls. Summoned to a remote island asylum, Watson must rely on his cunning and friendship with Holmes to not only choose among three captives all claiming to be the late detective, but also figure out what will happen once he does.

Playwright to make appearance at IRT

Hatcher, an award-winning playwright, has previously written pieces set in the Sherlock Holmes universe, including the 2015 film Mr. Holmes, starring Ian McKellan. For one afternoon only on October 7, Hatcher will join the IRT for a post-show discussion, providing audience members the chance to hear from him regarding his background and inspiration for the play. 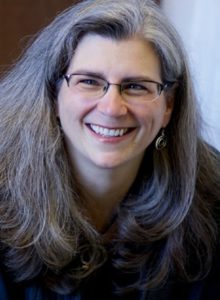 Director Risa Brainin, who also directed IRT’s productions of The Curious Incident of the Dog in the Night-Time (2017) and Tuesdays with Morrie (2007), has previously worked with Hatcher and his plays.

“This is my fourth Jeffrey Hatcher play, and I’m a huge fan. His range—even within the plays I’ve personally directed Tuesdays with Morrie, Jekyll and Hyde, an adaptation of Ibsen’s John Gabriel Borkman, and now Holmes and Watson—is extraordinary,” Brainin said.

Test your skills of deduction and enjoy this fresh, intriguing and mysterious chapter for Sherlock Holmes and Dr. John Watson. Tickets for Holmes and Watson are available now!