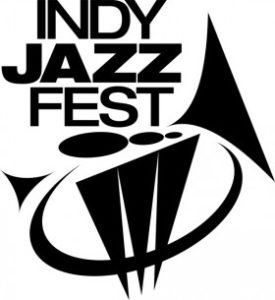 Now celebrating 20 years as a mainstay in the Indianapolis arts and culture scene, the annual Indy Jazz Fest returns in 2018 with a 10-day lineup celebrating the legacy of jazz, modern masters, and the discovery of new jazz stars. Indy Jazz Fest returns this year with “The Big Beat” to celebrate and honor the spirit of Art Blakey. This year’s festival features Jazz new stars, Indianapolis’ notable performers, and award winning national acts. 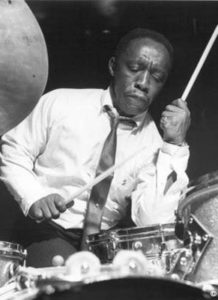 “Art Blakey had an album called The Big Beat, and we think of Indy Jazz Fest as coming from the same place as Art Blakey,” said David Allee, Festival Director. “Art Blakey was a nurturer. It was Art Blakey who first brought us Wayne Shorter, Freddie Hubbard, Bobby Timmons, and many other musicians we revere now. Even more contemporary musicians like Terence Blanchard and Wynton Marsalis went through the school of Art Blakey. Art Blakey nurtured a lot of musicians, and when we look at the festival, we value the ability to present both the notable names in jazz alongside musicians who deserve greater notoriety.” 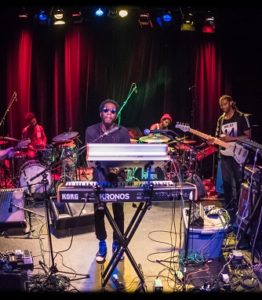 A Brooklyn native, Henry may be best known for his role in Snarky Puppy, the instrumental jazz-pop orchestra hailed by Rolling Stone as “one of the more versatile groups on the planet right now.” He’s won a pair of GRAMMY Awards for his work with the band since 2012, but Henry’s deft keyboard skills have been blowing minds around the world for more than two decades now. At six, he made his debut at Harlem’s legendary Apollo Theater, and at nineteen, he joined the touring band of jazz icon Kenny Garrett. Since then, he’s toured or recorded with everyone from Bruce Springsteen and The Roots to P. Diddy and Yolanda Adams in addition to cracking the Top 10 on Billboard’s Jazz charts with a pair of solo albums. NPR called him “a master” and said his “musical charisma is a match for a nearly 400 pound organ,” while Keyboard Magazine dubbed his playing “soulful, church-y, playful, restrained, and virtuosic,” and The Boston Globe raved that “if anyone’s going to preach the gospel of the Hammond organ, it should be Cory Henry.” 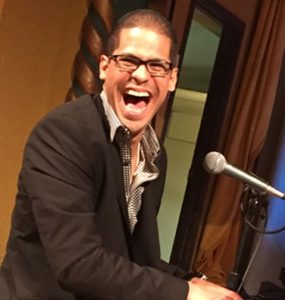 A double bill of jazz with a soulful, rootsy, bluesy slant straight from the Heartland. The Blue Side features vocalists Tad Robinson and Gordon Bonham, Rob Dixon (saxophone), Kevin Anker (keys), Kenny Phelps (drums), and Reggie Bishop (keys).
Charlie Ballantine is fresh off his newly released CD “Where’s My Mind” and will bring a taste of jazz, blues, Americana, roots, and more. Named Indianapolis’ “Best Jazz Musician” of 2015 & 16 by NUVO Magazine, his music stems from the traditions of folk, jazz, and blues music, with influences such as Bill Frisell, John Scofield, Wes Montgomery, and Jimi Hendrix. 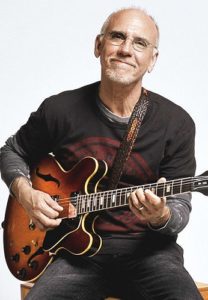 The Town of Speedway is living up to its moniker “Speedway, More Than a Day in May.” This year’s musical offering includes two of Indy’s top groups on a beautiful outdoor stage in front of Daredevil Brewery. Two of the performers, Gene Markiewicz and Bill Lancton, are both Indianapolis jazz hall-of-famers.

An exciting marriage of Indy’s best with one of the hottest trumpet stars on the planet, Sean Jones – all in honor of the legendary Indy native, trumpeter Freddie Hubbard. Expect a dash of tunes made by or made famous by Freddie Hubbard and the creative sounds and compositions by pianist and composer Steve Allee.

Tickets for the 2018 Indy Jazz Fest are available at IndyJazzFest.net.