The Easthills at White Rabbit Cabaret 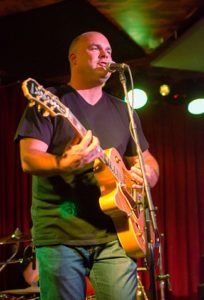 The Easthills will perform on Friday, September 7, 2018 at 8:00 p.m. EST (doors open at 7:00 p.m. EST) at White Rabbit Cabaret located in Fountain Square in Indianapolis. The concert will be an EP release show celebrating new music from the band and will feature special guests Bullet Points and J. Elliott. Tickets are on sale now at www.mokbpresents.com.

The Easthills recently released a new single, “Living Right” that was recorded and mixed by Marc Johnson at the Pop Machine and mastered by Andy VanDette (Rush, David Bowie, Deep Purple, Smashing Pumpkins). The band will also roll out another new single in the next few weeks. The new 2018 singles and EP will mark the first new music released by the band since their critically acclaimed 2016 full length album Fear and Temptation. Prior to that The Easthills released a 2014 EP World Class Prick and their full-length debut Death Of A Salesman was released in 2013.

Additional info can be accessed at www.mokbpresents.com