About Cedric the Entertainer 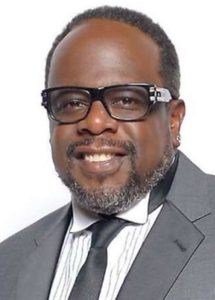 Charismatic actor/ comedian CEDRIC “THE ENTERTAINER” is best known for his many crowd-pleasing performances in such hit films as BARBERSHOP, BE COOL with John Travolta, MADAGASCAR, INTOLERABLE CRUELTY with George Clooney, JOHNSON FAMILY VACATION (the 2004 box office hit in which Cedric was both star and producer), and THE ORIGINAL KINGS OF COMEDY (MTV’S phenomenally successful documentary feature directed by Spike Lee), to name a few. Cedric’s universal appeal, versatility, and tremendous career successes spanning television, live performances, and film have solidified his standing as one of the premier entertainers in the world.