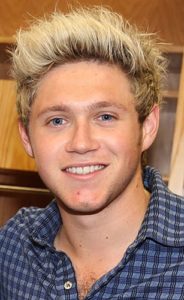 Niall Horan kicks off the U.S. and Canadian leg of Flicker World Tour 2018  with a concert at Cynthia Woods Mitchell Pavilion in The Woodlands, TX on July 19th. The outing will include shows at the Greek Theatre in Los Angeles, CA (August 7 & 8), Red Rocks Amphitheatre in Morrison, CO (August 20) and the Northwell Health at Jones Beach Theater in Wantagh, NY (September 12). Country superstar Maren Morris will support. She is featured on “Seeing Blind,” a track from Horan’s debut solo album, Flicker. The tour will make a stop at Ruoff Home Mortgage Music Center in Noblesville, Indiana on Sunday, August 26th. Tickets are available at http://www.niallhoran.com. 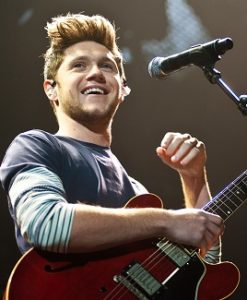 Flicker (Capitol Records) entered the Billboard 200 at No. 1 and topped the iTunes Top Albums chart in 61 countries. It includes the Platinum-certified hit singles “This Town” – which has sold more than three million track equivalent units globally – and “Slow Hands,” which went straight to No. 1 in 44 countries and topped Billboard’s Mainstream Top 40 chart. “On The Loose,” the album’s opening track, is Horan’s current single. The accompanying video, which was directed by Jake Jelicich (Martin Garrix, Dua Lipa), was praised by Rolling Stone as “a mesmerizing visual accompaniment to the witchy, Fleetwood Mac-style vibes of ‘On the Loose.’”

Horan, who has sold over 70 million records as part of the all-conquering One Direction, was the winner of the 2016 People’s Choice Award for Favorite Breakout Artist, claimed the American Music Award for Best New Artist, and kicked off 2018 by winning Best New Pop Artist at the iHeart Radio Music Awards.