“Journey to Space” at IMAX 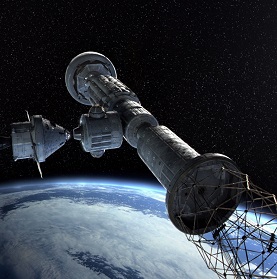 Through visually stunning imagery, and in collaboration with leading space experts, Journey To Space showcases the exciting plans NASA and the space community are working on and the challenges they must overcome to carry out missions, once considered science fiction, and now science fact, such as landing astronauts on Mars. The film calls attention to the reality that the space program did not die with the end of the Shuttle Program in 2011. It is instead, vibrantly alive.

Through brilliant narration by film and television legend Sir Patrick Stewart and extensive interviews with NASA astronauts Chris Ferguson and Serena Aunon, the film captures the spirit of human exploration and describes how it is at the core of our own DNA. The new Giant Screen Format Film will start playing on August 24 at The IMAX Theater in the Indiana State Museum. Journey To Space will also be released in additional IMAX(R), Giant Screen and other specialty theaters in 2D and 3D throughout the U.S. and worldwide (primarily via science centers and museums) in the coming months.

“No longer science fiction, a human mission to Mars is in the planning stages, and major steps are being taken to make it a reality within a generation,” said Bob Kresser, CEO of K2 Films. “Our goal in making this film was to tie together the actual hardware being built with the tremendous planning under way that will make the next steps in space exploration the most far-reaching in our history.”

A look back at space shuttle 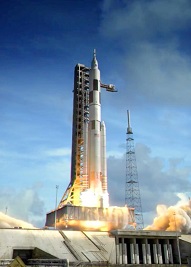 Journey To Space also gives a fitting tribute to the Space Shuttle Program and the 355 astronauts who flew on the 135 Shuttle missions. This historical chapter in the film is in the first one-third of the movie and describes how the Shuttle took many of the big steps that helped us understand how to live and operate in space. In fact, it’s the lessons learned during those many steps that have enabled the future missions covered in the film.

The film also gives a strong overview of the Shuttle’s last major project – the launch and assembly of the International Space Station (ISS). The ISS is a joint collaboration of 15 nations and is operating 24/7 providing a true home and science lab in space like no other. ISS crews’ tours of duty have averaged six months, and NASA will begin one-year duration missions starting in 2015. Researchers expect the one-year mission to yield beneficial knowledge on the medical, psychological and biomedical challenges explorers may face as they venture to an asteroid, Mars and beyond.

Checking in with NASA

Overall, Journey To Space provides a timely review of how NASA has been transitioning from the end of the Space Shuttle Era to a much more ambitious future that will forever change how we live and operate in space as a species.

After viewing Journey To Space, the Downtown IMAX Executive Director Craig Mince firmly believes that audience members will gain excitement about America’s future in space, and be much more knowledgeable about how those plans are coming to fruition.