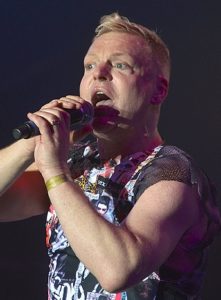 English synth-pop duo Erasure (Andy Bell and Vince Clarke) have announced a collaboration with Echo Collective, the Brussels-based collective of post-classical musicians best known for their ongoing collaborative work with A Winged Victory for the Sullen, Johann Johannsson, Dustin O’Halloran, and Stars of the Lid. The collaboration sees the entirety of Erasure’s latest album, World Beyond, given a post-classical rework. The tracks featured on World Beyond show award-winning songwriters Clarke and Bell in a more reflective mood, giving the world and recent political upheavals a thoughtful examination. This new collaboration gives a new dimension to the tracks – including fan-favorites “Still It’s Not Over,” which tackles the LGBT rights movement post-Stonewall, and “Lousy Some Of Nothing,” a ballad for our post-truth age – but the band’s optimism about the future remains clear and bright.