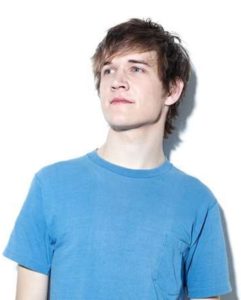 Comedian Bo Burnham has written and directed his first feature-length motion picture – “Eighth Grade,” which follows a girl named Kayla through her final week of eighth grade, and the summer prior to her high school career.  Sounds like pretty standard stuff, right?  Wrong!  “Eighth Grade” is nothing short of the most brutally honest depiction of the teen years than any other film I’ve ever seen!  In fact, it’s so straightforward and conscientious I believe it may have a difficult time developing a teen audience.  It will hit too close to home for them.  Parents, however, will be mesmerized.

Played by voice actress Elsie Fisher (Agnes in the “Despicable Me” pictures), Kayla is first introduced to us through her self-help YouTube videos – designed to guide teens through the most challenging phases of their lives, such as how to make friends, summoning the courage to speak to others at school, and so forth.  The Kayla we see on YouTube is poised and confident, exuding the confidence most teens lack.  We can tell this girl has it all together.  And the grainy image of the cell phone screen brushes out her acne and unkempt hair. 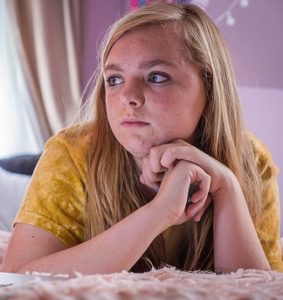 Then the video is complete, the laptop is closed, and we are introduced to the real Kayla – a shy, socially awkward outsider, whose videos, we will soon learn, are more designed to assist Kayla herself than any potential viewers.  We soon learn Kayla (unlike virtually every other teen in motion picture history) has no best friend.  She’s not particularly accessible with the boys, and when she speaks to the “cool” girls, they don’t even look up from their phones.  It’s not that Kayla is necessarily unpopular so much as she is invisible.

When Kayla is miraculously invited to one of the cool girls’ pool party (in the only scene that feels somewhat forced), we feel her insecurity as she dons her swimsuit and then joins the crowd – comfortably unnoticed, yet uncomfortably ignored.  She has her eyes on the boy of her dreams, yet hooks up with the cool girl’s dorky cousin – a boy who doesn’t even attend the same school as the rest of the attendees.

“Eighth Grade” proceeds in this fashion, as Kayla attempts to meet her heartthrob during a school-shooting drill (an event which may also leave parents mesmerized, albeit for different reasons), hangs out with new high school friends (who don’t know Kayla isn’t part of the “in” crowd), and is put in an uncomfortable situation in the backseat of an older boy’s car.  Unlike what we typically see in similar films – overconfident, sexually-mature, young adults, played by seasoned twentysomething actors – these kids are actually played by teens, look like teens, and act like teens.

Kayla lives with her dad (Josh Hamilton), who has raised her as a single parent.  Close to her for many years, he now struggles through Kayla’s teens just as she does – never quite knowing what to say, when to say it, how to say it, or when to simply remain quiet.  In one of the funniest scenes, Kayla (riding next to her dad in the car) criticizes him for being quiet and creepy simultaneously – explaining that either trait by itself is fine for a dad, but not both together.

But again, unlike nearly all other dads in similar films, Hamilton’s character experiences the insecurity and frustration of real fathers of teen girls.  He’s not merely a comic foil for Kayla, but rather the single most important person in her life who now finds himself shut out of her innermost thoughts and fears. 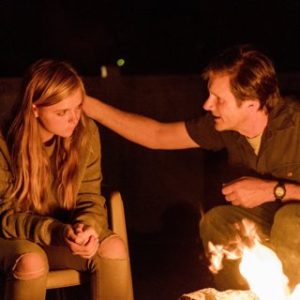 A campfire scene toward the end of “Eighth Grade” is the most poignant and touching father/daughter scene I have ever witnessed on the big screen.  Burnham’s screenplay is masterful in its ability to bear the souls of its characters before our very eyes.  Nothing Kayla and her father say feels forced or phony.  They speak exactly as teen girls and their fathers speak to one another.  Their relationship is uncomfortably realistic, yet so very refreshing I can’t wait for Burnham’s next film.

A class by itself

Recently, I’ve loved “Juno,” “The Spectacular Now,” and “The Edge of Seventeen.”  But “Eighth Grade” is in a class by itself.  In and amongst all the superheroes and action movies of the summer, please seek out this one.  “Eighth Grade” is an absolute jewel, and is a film you’ll never forget.