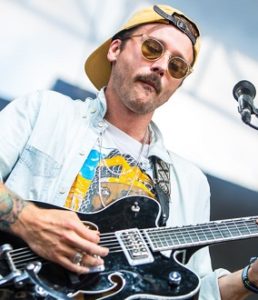 On the heels of their victory at last week’s GRAMMY Awards, multi-platinum, chart topping band PORTUGAL. THE MAN announces a new set of tour dates, which will see the band bringing their electrifying live show to stages in both North America, as well as Europe. The tour will make a stop in downtown Indianapolis on Saturday, July 28 at the Farm Bureau Insurance Lawn at White River State Park.  For complete details, and ticket information, please visit www.portugaltheman.com/tour- dates.

About Portugal. The Man

The band, who hails from Portland, by way of Wasilla, Alaska, won the GRAMMY for Best Pop Duo/Group Performance for their 2x-Platinum certified single “Feel It Still,” over some of the biggest songs from the biggest artists including Luis Fonsi & Daddy Yankee’s “Despacito (Remix)” featuring Justin Bieber, The Chainsmokers & Coldplay’s “Something Just Like This,” Zedd & Alessia Cara’s “Stay” and Imagine Dragons’ “Thunder.”

In addition to their GRAMMY win, Portugal. The Man is among the busiest and most in-demand artists. The self-proclaimed “Lords of Portland” were all over New York City appearing at the star-studded 2018 MusiCares Person of the Year tribute to Fleetwood Mac at Radio City Music Hall, where they performed “I’m So Afraid,” as well as The Roots’ annual Jam Sessions extravaganza. 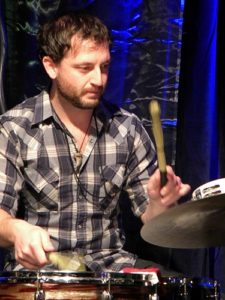 Meanwhile, “Live In The Moment” – the next single from their eighth studio album, WOODSTOCK – is currently spending its third consecutive week overall atop the Triple A Radio chart. The track is joined by a creative companion visual – directed by Aaron Brown for Portland, OR’s W+K Productions – is streaming now via YouTube.

They’ve also just introduced a new video for “Keep On.” The video is directed by multi-disciplinary artist Paulin Rogues who comes from a practice of drawing and writing comics. His narrative works have been curated at Ars Electronica, the Musuem of Modern Art of Portland, Superchief Gallery New York and Superchief Gallery in Los Angeles. “’Keep On’ is a song of hope, to always go further and never surrender. The start of the video illustrates a lonely teenager who is obsessed with others’ perception of her. By the end she eventually grows to accept herself and fully experience the true essence of self-love,” says Rogues.

Undoubtedly one of the biggest songs of 2017, “Feel It Still” has been ever-present across a range of platforms, including ABC’s Dancing With The Stars, Sony Pictures’ highly-anticipated film, Peter Rabbit, as well as a wide array of national advertising campaigns for major brands including Nike, YouTube, American Express, HBO Now, Apple, and Vitamin Water, the latter starring actor Aaron Paul. Portugal. The Man has also performed “Feel It Still” on a long list of high profile television appearances including the 2017 American Music Awards, The Voice, The Tonight Show Starring Jimmy Fallon, The Ellen DeGeneres Show, CBS This Morning, CONAN, and The Late Late Show with James Corden.

For additional news and information, please visit PORTUGALTHEMAN.COM and ATLANTICRECORDS.COM.