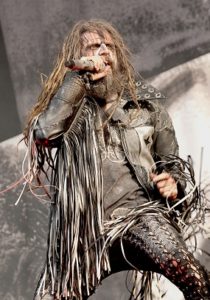 Rob Zombie and Marilyn Manson have announced ticketing details for their co-headlining ‘Twins of Evil’ tour. Tickets are on sale at LiveNation.com. The tour will appear at Ruoff Home Mortgage Music Center in Noblesville, Indiana on Wednesday, July 18, 2018 at 7:00 p.m. as part of the Coors Light Concert Series.