All tickets for the April 4 show will be honored on the new date. 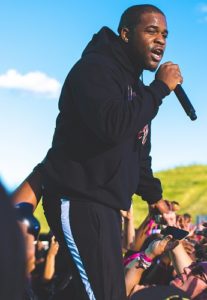 A$AP Ferg may hail from a block in Harlem notoriously known as “Hungry Ham (Hamilton Heights),” but that never completely defined him. Whether it be launching clothing and jewelry lines or attending art school, he constantly bobbed and weaved past expectations. As a rapper, unpredictability remains his only calling card. The next member of the A$AP Mob collective to have a solo project, he can slip from gruff, gritty rhymes to soaring singing, and he does so seamlessly. On his A$AP Worldwide released mixtape, Trap Lord, he’s got his own musical domain on lock.