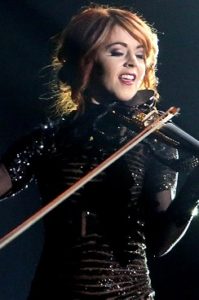 Both artists’ shows will be accompanied by a full orchestra, highlighting both acts musicality and their incredible performance abilities that continue to blow fans away. The orchestrated performances will also perfectly accent the astounding amphitheater venues across the U.S. and Canada that the two will be performing in, making for a magical summer evening.

The two artists recently collaborated on the song, “Hi-Lo” from the latest Evanescence album, Synthesis, which features a virtuosic violin solo by Lindsey Stirling. 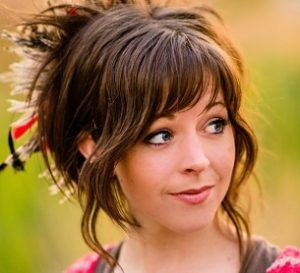 Lindsey Stirling remains fearless enough to always dream big. In the over five years since the release of her 2012 self-titled debut, the electronic music impresario, violinist, dancer, and artist quietly and humbly became one of the 21stcentury’s most innovative stars by clinging to her groundbreaking vision of cinematic violin-driven electronic music. After bowing at #2 on the Billboard Top 200 and #1 on the Dance/Electronic Album Chart, holding #1 on the Classical Album Chart for 21 consecutive weeks, and receiving a Billboard Music Award for “Top Dance/Electronic Album,” her sophomore opus Shatter Me would not only garner an RIAA Gold certification, but it would rank as the #2 Dance/Electronic Album and #1 Classical Album on Billboard’s 2015 Year-End charts. Attracting over 10 million subscribers and 2 billion-plus views on YouTube, in 2015 Forbes placed Lindsey at #4 on its yearly YouTube artists list, making her the highest-ranked female. Her headline tours would play to a cumulative audience of over 500,000 people worldwide, and her literary debut The Only Pirate at the Party—co-written with her sister Brook S. Passey—became a New York Times Bestseller.  Lindsey’s third-studio album Brave Enough, debuted at #5 on Billboard’s Top 200 Album Chart, went on to score the #1 spot on Billboard’s year-end Top Dance/Electronic Album list and earned Stirling a 2017 Billboard Music Award for “Top Dance/Electronic Album.” Recently, Lindsey released her first ever holiday album titled Warmer in the Winter in October.  Featuring classic and original songs, the album went on to become the #1 new Christmas album of 2017, ahead of pop music heavyweights such as Gwen Stefani and Sia.  She was also the runner-up on Season 25 of ABC’s hit show “Dancing with the Stars” with her partner Mark Ballas. Stirling is the model of a modern independent recording artist, with a symbiotic relationship with her fans.  A motivational speaker in her spare time, Stirling uses her own story to show teenagers that you’ve got to have confidence in the very thing that makes you unique – then wait for the world to catch up. 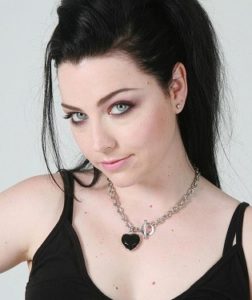 Formed in the mid-90’s, the two-time GRAMMY® Award-winning EVANESCENCE has three albums under its belt. The band was integral in establishing a global, critical mass in rock. The group’s 2003 landmark debut album Fallen laid the foundation; spending 43 weeks on the Billboard Top 10, the album sold more than 17 million copies worldwide and was certified 7x platinum in the U.S. Global hit “Bring Me to Life,” (reached #5 on the Billboard Hot 100 as well as marking their first U.K. #1.. The equally popular “My Immortal” peaked at #7 in the U.S. and U.K., and both songs were featured in the soundtrack for the action movie Daredevil. The album produced four singles total including “Going Under” (#5 U.S. Modern Rock, #8 U.K.) and “Everybody’s Fool” (#36 U.S. Modern Rock, #23 U.K.). Fallen is one of only eight albums in the history of the chart to spend at least a year on the Billboard Top 50, it spent 104 weeks on the Billboard 200 and is #32 on the “Greatest of All Time, Billboard 200.” EVANESCENCE has won two GRAMMY Awards including “Best New Artist” and “Best Hard Rock Performance,” out of a total of seven career nominations. Following multiple worldwide tours, EVANESCENCE released their first live album, Anywhere But Home, which sold more than one million copies worldwide. Next, the band released their second studio album, The Open Door, which went on to sell more than five million copies. Their self-titled third album debuted at #1 on the Billboard Top 200 chart as well as achieving the #1 slot on the following Billboard charts: Rock Albums, Digital Albums, Alternative Albums and Hard Rock Albums. After touring European festivals and shows in 2016 and early 2017, EVANESCENCE–lead singer-songwriter and pianist AMY LEE, bassist TIM MCCORD, drummer WILL HUNT, lead guitarist/backing vocalist TROY MCLAWHORN and guitarist JEN MAJURA released their fourth album and most ambitious release to date, titled SYNTHESIS. Released Fall 2017 on BMG, the band worked in the studio with producers Will Hunt and orchestra arranger and composer David Campbell. SYNTHESIS featured two new EVANESCENCE songs in addition to fan favorites re-imagined with a live orchestra and electronica. EVANESCENCE launched the “Synthesis Live” tour in North America last fall. Augmented by Synthesis producer & live electronicist, Will Hunt, cellist & composer Dave Eggar, & conductor Susie Seiter, the band combines their intense live performances and timeless songwriting with a powerful live orchestra. The group truly delivered a transcendent concert experience.