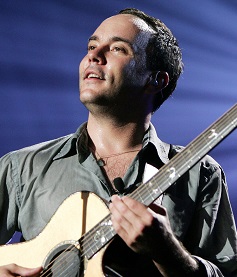 After taking 2017 off, Dave Matthews Band returns with a new studio album – set for release this summer – and a North American tour that will appear at the Ruoff Home Mortgage Music Center in Noblesville, Indiana on Friday, July 6 and Saturday, July 7. The band is currently putting the finishing touches on the album, which will mark its ninth studio release and first since 2012’s Away From The World.

About the Dave Matthews Band

Dave Matthews Band has sold more than 20 million tickets since its inception and a collective 38 million CDs and DVDs combined. It is the first group in history to have six consecutive studio albums debut at No. 1 on the Billboard 200.

Tickets are on sale at www.livenation.com. For itinerary, visit http://davematthewsband.com.