Logic with NF and KYLE

Multi-Platinum, Grammy Nominated artist Logic among the top streaming artists in the world with billions of streams to date – announces his new summer amphitheater and arena “The Bobby Tarantino vs. Everybody Tour” with support from rising hip hop artists NF and KYLE. The tour will appear at Ruoff Home Mortgage Music Center in Noblesville, Indiana on Sunday, July 1, 2018 at 7:00pm as part of the Coors Light Concert Series.  Tickets are on sale at LiveNation.com. Charge by phone at 800.745.3000. 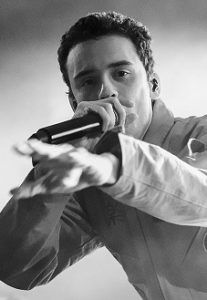 With the mainstream worldwide success of 4x-platinum “1-800-273-8255 ” (National Suicide Preven­tion Lifeline) featuring Alessia Cara and Khalid, Logic was catapulted into the spotlight for bringing mental health and suicide prevention awareness to the national conver­sa­tion. The song led to a powerful Grammy Awards® performance and two nominations, including “Song Of The Year”. The stunning video, featuring Don Cheadle, Matthew Modine, Nathan Gould, and others, has amassed over 326 million combined YouTube views to date. Logic’s triumphant performance of the song at the MTV VMAs in August has been viewed over 20 million times, and led to a Top 3 Billboard Hot 100 hit, Top 10 at Pop Radio, #1 on Spotify, and #5 on Spotify Global. 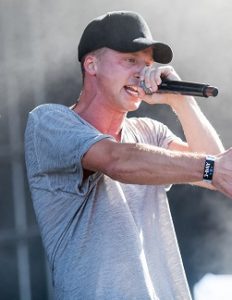 In 2015 Michigan rapper NF emerged on the scene, and just three years later he finds his latest album, Perception, landing at the top of the Billboard ​Top ​200 chart as the #1 album upon release. Its single “Let You Down” stacked over 25 million combined streams in its first month and trended at No. 1 on Spotify’s Global Viral 50 Chart –it appeared on the Viral 50 Chart in over fifty countries- and garnered over 100 million video views. With genuine fan-fueled momentum, NF is perhaps the biggest underground success story of the year. Since his raw and personal debut, Mansion, these fans know the score, sticking with him and growing in size. Mansion landed at No. 9 on Billboard’s Top Rap Albums chart. Creating and releasing three albums in as many years, NF shows no signs of slowing down. As Forbes noted upon Perception’s chart topping release, “NF’s success speaks to what can be done these days outside of the traditional system” proving that with his strong fan base and his incredible drive, the success of NF’s Real Music is a true testament to his status as an emerging talent in the hip hop world.   ​For more information on NF, visit nfrealmusic.com.​​ 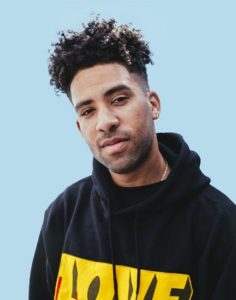 Multi-platinum, chart topping rapper and actor KYLE has become one of music’s hottest breakout stars. His 4X-platinum smash single, “iSpy (feat. Lil Yachty),” hit #1 on the Billboard Hot Rap Songs, #4 on the Billboard Hot 100, while going on to become one of the most streamed songs of 2017. The song’s Colin Tilley-directed companion visual was nominated at the 2017 MTV Video Music Awards for Best Visual Effects. The Ventura, CA native – who has collaborated with the likes of Chance The Rapper, G-Eazy, Logic, Kehlani, Charlie Puth, Ty Dolla $ign, Miguel, and more – was named a part of XXL’s 2017 Freshman Class, gracing the publication’s esteemed annual cover, while also being featured in a wide array of publications ranging from Rolling Stone, Entertainment Weekly and Billboard to PAPER, NYLON and The FADER. He’s taken his energetic live show to national television stages with performances on the 2017 MTV Video Music Awards, Jimmy Kimmel Live! and the Teen Choice Awards 2017. In November 2017, KYLE teamed up with UGG to become the ambassador for the brand’s Fall/Winter 2017 partnership with FootAction, as well as the serving as the face of ESPN’s College Basketball campaign. With the release of “To The Moon,” the first official single from his forthcoming new album, a set at this year’s Coachella festival and a lead role in his first feature film, the Netflix original hip-hop comedy “The After Party,” 2018 is looking to be another blockbuster year for KYLE. For more information on KYLE, please visit www.superduperkyle.com.