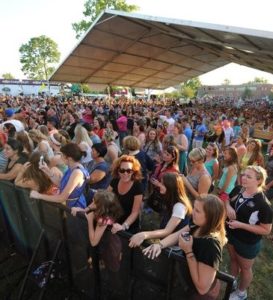 The Indiana State Fair has rolled out the final and complete lineup of 17 concerts that will be part of the Chevrolet Free Stage headline entertainment at the 2018 Indiana State Fair, which returns August 3-19. Each night of the fair features a concert that is free with paid fair admission. Today’s final announcement includes the solo band of Rock and Roll Hall of Fame member and guitar legend Robby Krieger of The Doors as well as support artists that will perform on select days. 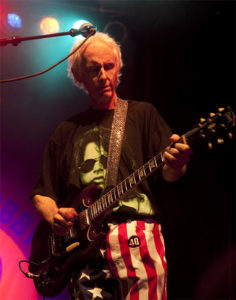 Born in Los Angeles, California, Robby Krieger was convinced by a Chuck Berry concert to give rock music a go, which resulted in the guitarist trading in his classical guitar in for a Gibson SG, an instrument that would eventually become his signature instrument. Studying physics and Indian music at UCLA, Krieger played in bands with friends, and eventually bumped into a drummer he’d met a few years before, John Densmore. The two began jamming on blues together, while Krieger’s interest in Indian music and culture continued to flourish, as he began dabbling with sitars (studying at the Kinnara School, which was founded by Ravi Shankar), and attending meditation classes. It was at one of these meditation classes that Krieger met keyboardist Ray Manzarek. Manzarek eventually convinced Krieger to come down and rehearse with a poet/singer he’d been working with, Jim Morrison. Their first rehearsal supposedly resulted in the penning of “Moonlight Drive,” resulting in the birth of the Doors.

Quickly building a name for themselves in L.A. with their unpredictable live shows, the Doors were signed to Elektra Records, and issued their debut album, the Doors, in 1967. The album would become one of rock’s all-time classics, as it spawned the monster hit “Light My Fire,” a tune penned entirely by Krieger. Subsequent studio releases — 1967′s Strange Days, 1968′s Waiting for the Sun, and 1969′s the Soft Parade — all included several classic songs, and by the dawn of the ’70s, the band issued a pair of strong releases, 1970′s Morrison Hotel and 1971′s L.A. Woman. In the wake of Morrison’s untimely passing, the Doors attempted to continue on, resulting in a pair of so-so albums, 1971′s Other Voices and 1972′s Full Circle, before packing it in. 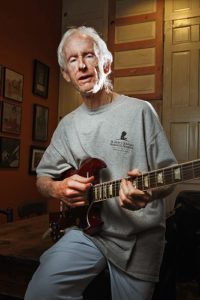 Krieger would go on to issue solo albums (debuting in 1977 with Robby Krieger & Friends), in addition to playing live dates, and guest appearances on albums by other artists (the Butts Band, Blue Öyster Cult, etc.). In the early 21st century, Krieger and Manzarek resuscitated the Doors (with The Cult’s Ian Astbury taking Morrison’s position, and the Police’s Stewart Copeland initially taking Densmore’s spot) for live shows and recordings.