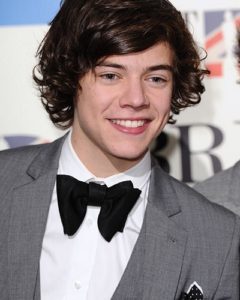 Due to overwhelming demand, Harry Styles has added 56 new show dates in 2018 to his sold-out world tour. The freshly added dates will begin in March 2018 in Basel, Switzerland, and will conclude in Los Angeles, CA in July. The new dates will be supported by Kacey Musgraves (U.S. and Canada), Warpaint (Asia) and Leon Bridges (South America and Mexico), with special guests for Europe and Australia to be announced soon. The first leg of Harry Styles Live On Tour, which sold out in record time, will kick off in September 2017 visiting intimate venues around the world and featuring support from MUNA. The tour includes a stop at Bankers Life Fieldhouse in downtown Indianapolis on Tuesday, June 27, 2018.

Harry Styles’ self-titled debut album was released May 12th and soared to the top of the charts around the world. In the U.S. it topped the Billboard 200 album chart with over 230,000 equivalent album units sold and 193,000 traditional albums sold, making history as the biggest debut sales week for a U.K. male artist’s first full-length album since Nielsen Music began tracking sales in 1991. The U.S. record debut comes hot on the heels of Harry’s massive international success where the album hit #1 in over 55 countries, including the U.S., U.K., Ireland, Canada, Australia, Spain, Mexico, Brazil, Holland, Belgium, Poland and across Latin America, South East Asia and the Middle East.

All tickets go on sale on Friday, June 16 via local ticket agents, visit www.hstyles.co.uk for local on sale timings. To ensure fans get tickets in their hands directly, Fan Registration for the North American tour dates is available now https://harrystyles.tmverifiedfan.com/ through Ticketmaster’s Verified Fan program.  Supplies are limited. Additional fan measures will be made for the International shows on a local level.