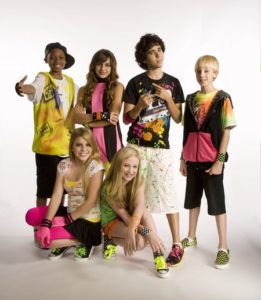 Following the success of last year’s “Best Time Ever” tour, which sold out multiple shows across the country, The KIDZ BOP Kids are hitting the road again in 2018!  KIDZ BOP, the #1 kids’ music brand, and Live Nation has announced the launch of the all-new North American Tour, “KIDZ BOP Live 2018.” The tour announcement coincides with the release of KIDZ BOP 37, the latest album in the best-selling music series.  The summer leg of the all-new tour kicks off in Toronto on June 1, and will hit more than 30 cities, including New York, Los Angeles, and Boston.  Tickets for spring & summer dates of the “KIDZ BOP Live 2018” are on sale to the general public at LiveNation.com. 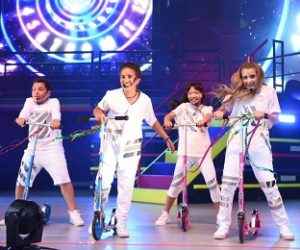 KIDZ BOP connects with kids and families through its best-selling albums, music videos, consumer products and live tours. In the US, KIDZ BOP is the #1 music brand for kids, featuring today’s biggest hits “sung by kids for kids.” KIDZ BOP has sold over 18 million albums and generated over 1 Billion streams, since the family-friendly music brand debuted in 2001. The best-selling series has had 24 Top 10 debuts on the Billboard 200 Chart; only three artists in history—The Beatles, The Rolling Stones, and Barbra Streisand—have had more Top 10 albums. For more information, visit kidzbop.com.

This year, KIDZ BOP has partnered with award-winning SRae Productions, who’ve produced tours for many of the world’s top artists, including Imagine Dragons, The Weeknd, Rascal Flatts, and Pentatonix, to help create the biggest and best KIDZ BOP live show yet.

Victor Zaraya, President of KIDZ BOP, said, “We’ve teamed up with the biggest names in the industry to create a memorable show for first-time concert goers in the audience. SRae Productions and Live Nation are responsible for A-List tours, and KIDZ BOP is no exception. ‘KIDZ BOP Live 2018’ is a true concert experience, just for kids.”