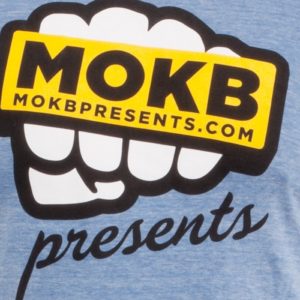 Indianapolis based concert promotion company, MOKB Presents, will host a 10-year anniversary celebration on Wednesday, July 4 at 4 p.m. at Sun King Brewery (135 N College Ave.). The milestone event will feature live performances from Durand Jones & the Indications and more to be announced. The event will celebrate the fans, supporters and artists who have helped MOKB Presents bring amazing concerts to Indiana over the past 10 years and also celebrate the future.

On tap for the Fourth

Guests will enjoy a pristine view of the downtown Indianapolis fireworks show, live music and featured performances, food trucks, games, giveaways, plus free hot dogs for the first 500 guests from Tyner Pond Farms. MOKB Presents will also giveaway over 1,000 tickets to upcoming shows, including an enter-to-win ultimate ticket giveaway with a pair of tickets to every MOKB Presents show for the rest of 2018.

All Ages: Children 10 and under are free with paid adult

Tickets are available for purchase online via Ticketfly, at either of the Sun King Brewery tap rooms (downtown Indianapolis and Fishers) and at the HI-FI box office. General admission tickets are on sale now for $15, as well as a limited amount of 4-pack tickets for $40. Kids 10 and under are free with paid adult. This is an all ages event, with $1 per ticket benefitting Girls Rock! Indianapolis.

About Durand Jones & the Indications 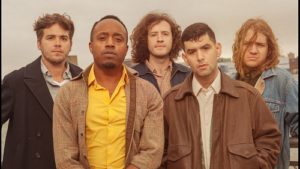 In the fall of 2012, Durand Jones left small-town Louisiana for the foot-hills of Indiana. Alto saxophone in tote he enrolled in the Jacobs School of Music at Indiana University. “Being a singer was never part of the plan,” Jones admits. But soon enough Jones found his way in front of a rowdy rock-n-roll band belting out a rambunctious rendition of “Dock Of The Bay,” to a basement full drunken undergrads. That rowdy band unfolded into the Indications – comprised of drummer Aaron Frazer, guitarist Blake Rhein, bassman Kyle Houpt, and organist Steve Okonski. Inspired by a handful of dusty and obscure 45s baring names like the Ethics, the Brothers of Soul, and the Icemen, the Indications set out to make a record steeped in heavy drums, blown-out vocals, and deep grooves. Gathered around a Tascam 4-track cassette recorder and a case of Miller High-Life, the group spent their Sunday evenings recording into the early hours of the morning.