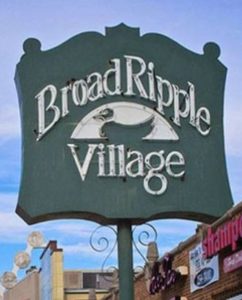 Following the success of 2017, the Broad Ripple Village Association and The Vogue welcome the return of Taste of Broad Ripple, an all-day celebration of one of the city’s most vibrant and historic neighborhoods. This year we’ll have a larger area to accommodate all who want to partake in the Taste! The action-packed one-day festival will bring the best of local food, beverages and live music to the streets of Broad Ripple Village this Saturday, June 16, 2018 from 3-10 p.m.

Tickets are only $7 and available now online at www.ticketfly.com (plus applicable service fees) or at the gate (cash & credit card accepted, with ATMs available). FREE admission for children ages 11 and under. Ten percent of all ticket proceeds will be donated to Riley Children’s Foundation on behalf of Riley Children’s Hospital.

Home to an eclectic mix of local restaurants, independently owned shops, and renowned bars and brewpubs, Broad Ripple is recognized as one of the most creative areas of Indianapolis, shaped by its nearby parks, the Central Canal, the Monon Trail, and the winding White River. The Taste of Broad Ripple will embody no less, representing the essence of the only cultural district outside of downtown.

“I’m really excited about our fifth Taste of Broad Ripple,” said Steven Ross, Festival Organizer. “The Taste is a great way to show everybody what Broad Ripple Village has – a cool entertaining atmosphere, a variety of tasty cuisine, fun for the kids, and great craft beer and cocktails for adults. We encourage everyone to bring the whole family and come experience the flavor that is the Taste of Broad Ripple.”

An all-ages event with thousands expected to attend, Taste of Broad Ripple will feature several interactive areas, including:

Free shuttles will run throughout festival hours to and from the Glendale Mall parking lot east of the area. Handicapped parking will be in the Broad Ripple High School parking lot. There will be no cost to park at either location.