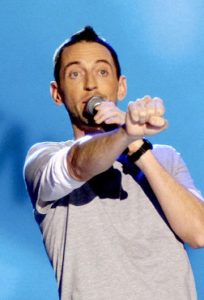 Neal Brennan is a director, writer, actor, and comedian perhaps best known for co-creating The Chappelle Show and co-writing Half Baked with Dave Chappelle. After graduating from the prestigious NYU Film School (Dropout Program), he began his writing career at the age of 20 on the MTV dating game show, “Singled Out.” Neal has spent the past two years doing re-writes for Hollywood and focusing on stand-up comedy. He has appeared on “Late Night with Jimmy Fallon,” “Lopez Tonight,” and “Conan.” Most recently, he wrote with Seth Meyers at the White House Correspondents Dinner. He does stand-up virtually every night at the top clubs in New York and Los Angeles.