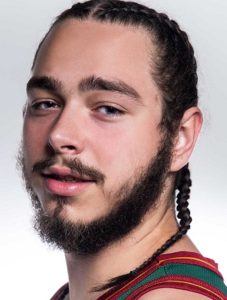 Multi-platinum artist Post Malone has announced his upcoming North American tour with multi-platinum rapper 21 Savage and special guest SOB X RBE. Produced by Live Nation and sponsored by blu, the outing will kick off April 26 in Portland, OR and make stops in 28 cities across North America including Seattle, Nashville, Toronto, Atlanta, Austin, and more. The tour will stop in Indianapolis at the Farm Bureau Insurance Lawn at White River State Park on June 6. 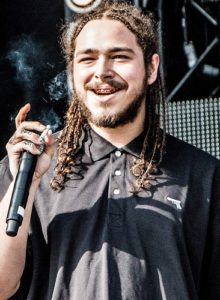 Post Malone stirs a mix of genres into his own sonic sound that’s both intoxicating and invigorating on his RIAA double-platinum certified full-length debut album, Stoney. His uncanny ability to cook up a 21st century “sauce” of genres transformed the multiplatinum Dallas, TX maverick into the “#1 Debut Hip-Hop Artist of 2016.” Upon release, Stoney bowed at #1 on the iTunes Overall Top Albums Chart and Top 10 on the Billboard Top 200. In just a few months, the debut album has accumulated over 4 billion streams globally. Setting the pace for alternative 21st century Hip-Hop, Stoney’s unbeatable and unbreakable streak of smashes includes the breakout “White Iverson” (5x-platinum), his first Hot 100 Top 10 entry “Congratulations” [feat. Quavo] (6x-platinum), “Go Flex” (2x-platinum), “Too Young” (Platinum), “I Fall Apart” (Platinum), and “Déjà vu” [feat. Justin Bieber] (Platinum). Moreover, the multiplatinum Dallas maverick completed the “longest climb ever to #1 on the Top R&B/Hip-Hop Albums Chart” in history, breaking the previous record set in 1989, and topping the chart in its 51st week of release being named “the #3 Overall Streaming Album of 2017.” 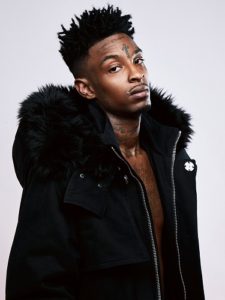 Multiplatinum-certified rapper, artist, and visionary 21 Savage remains downright unstoppable. Recently, he teamed up with Post Malone for the platinum-certified mega-smash “rockstar,” achieving his first Billboard Hot 100 #1 in the process. Meanwhile, his full- length debut, Issa Album, stands out as one of the year’s biggest success stories. It clinched #2 on the Billboard Top 200 upon arrival, moving over 77,000 copies first-week. It also went #1 on the Apple Music Hip-Hop/Rap Chart. The lead single “Bank Account” earned an RIAA platinum certification and also peaked at #12 on the Billboard Hot 100. To date, Spotify streams exceed 216 million and YouTube/VEVO views surpass 64 million-plus.

Tearing through the game with tenacity, 21 Savage carved his own path to the top of 21st century hip-hop last year. Following a series of 2015 fan favorite mixtapes such as The Slaughter Tape and Slaughter King, he sent shockwaves through rap with the Savage Mode collaborative EP alongside super producer Metro Boomin. Not only did the project earn an RIAA gold certification, but it spawned the double-platinum “X” [feat. Future] and platinum “No Heart.” In between supporting Young Thug on tour and selling out his own headliner, 21 uncorked the platinum “Red Opps.” He changed the game with ISSA and Without Warning yet again.

Tickets are on sale at LiveNation.com.  Every pair of online tickets purchased comes with one physical copy of Post Malone’s forthcoming album, Beerbongs & Bentleys. Ticket purchasers will receive an additional email with instructions on how to redeem their album and will be notified at a later date on when they can expect to receive their CD. (U.S. and Canadian residents only.)