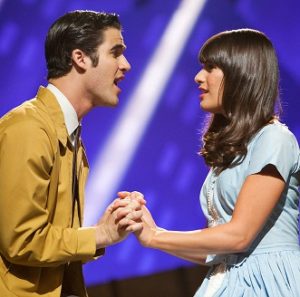 Actors and musicians Lea Michele and Darren Criss will hit the stage on their first ever co-headlining tour, performing songs from Broadway, Glee, and original songs from their recent solo albums. Michele last hit the road in the spring of 2017 for a string of sold-out shows, performing songs from her albums Louder and Places. Criss most recently released a five-track indie EP entitled Homework, his first solo project in over seven years. It debuted at No. 1 on Billboard’s Heatseekers Chart. In 2017, he debuted his indie-pop band Computer Games along with his brother Chuck Criss with their first album Lost Boys Life EP. Billboard deemed the band’s single “Every Single Night” as a contender for song of the summer.