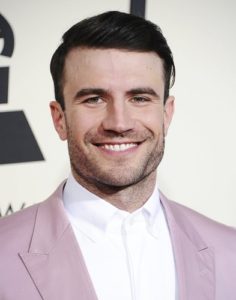 Grammy Award nominee and multi-platinum superstar Sam Hunt will headline the Firestone Legends Day Concert on Saturday, May 26 at the Indianapolis Motor Speedway during Race Weekend for the 102nd Indianapolis 500 presented by PennGrade Motor Oil.

Canaan Smith and Filmore will serve as opening acts for the concert, which starts at 3:30 p.m. on the Firestone Stage inside Turn 4 of the IMS oval.

Tickets are on sale now at IMS.com , by calling 800-822-INDY or 317-492-6700 or by visiting the IMS Ticket Office at the IMS Administration Building. General Admission prices start at $35, with special Firestone Concert Pit access also available for $75 and a limited number of VIP Deck tickets available for $250. Children 3 and under are admitted free.

“The Indianapolis 500 presented by PennGrade Motor Oil is the greatest race in the world, and the addition of Sam Hunt to our race weekend concert lineup will help to make IMS the concert capital of the world on Memorial Day weekend,” IMS President J. Douglas Boles said. “Sam has emerged as one of the biggest superstars in country music with his chart-topping hits, and the Firestone Legends Day Concert will once again prove to be a great way to celebrate race weekend with one of hottest acts in music!” 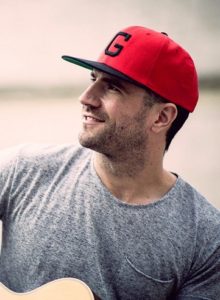 Grammy Award nominee, American Music Award winner, and MCA Nashville breakout star Hunt is one of music’s most talked-about talents. Hunt’s February 2017 single, “Body Like A Back Road,” landed on the Billboard “Hot 100” chart as his highest-debuting single. It also premiered at No. 1 on iTunes charts. Since then, the single has smashed records, becoming the fastest country song to reach 100 million and 200 million streams. It has become an RIAA-certified triple platinum hit and spent a record-breaking 35 consecutive weeks atop the Billboard Hot Country Songs chart. The single also climbed pop and adult airplay charts, making it a crossover hit. Hunt consequently earned two 2018 Grammy nominations for “Body Like A Back Road” in both the “Best Country Song” and “Best Country Solo Performance” categories.

This spring, Hunt is curating and headlining his inaugural Nashional Music Festival, featuring a multi-genre lineup that spans country, hip-hop, rock, and R&B. Held April 20-21 at Nashville’s Bicentennial Capitol Mall State Park, the festival will feature Fetty Wap, Brothers Osborne, Judah & the Lion, Lanco, and Kyle. Hunt also will join Luke Bryan‘s “What Makes You Country XL Tour,” which kicks off May 31 at the Rogers Centre in Toronto. The tour will hit 13 other stadiums in the U.S. and Canada.

Since the 2014 release of “Montevallo,” Hunt has accrued over 2.5 billion streams and has earned an additional 10.5 million units in RIAA single certifications. For music, images, tour dates and more on Hunt, visit www.SamHunt.com.

Mercury Records artist Smith released the singles “This Night Back” and “Like You That Way” in 2017. In 2015, his self-titled EP and debut full-length studio album, “Bronco,” were released, with “Bronco” debuting at No. 4 on the Billboard Country Albums chart. The single “Love You Like That” reached No. 1 on the Billboard Country Airplay chart in July 2015 and was certified platinum by the RIAA.

Virginia native Smith has toured as a headliner and in support of country superstars Darius Rucker, Dierks Bentley, and Florida Georgia Line.

Missouri native Filmore is a country singer-songwriter based in Nashville. His latest single, “Slower,” was released earlier this month.

Fans with tickets for the Firestone Legends Day Concert will be admitted free to Legends Day presented by Firestone activities during the day at IMS.

Other featured events on Legends Day presented by Firestone include the annual Public Drivers’ Meeting on pit road adjacent to the Tower Terrace grandstand, autograph sessions with the starting field of 33 drivers in the 2018 Indianapolis 500 and with former Indy 500 drivers, and an Indianapolis 500 memorabilia show.

The 102nd Indianapolis 500 presented by PennGrade Motor Oil is scheduled for Sunday, May 27.