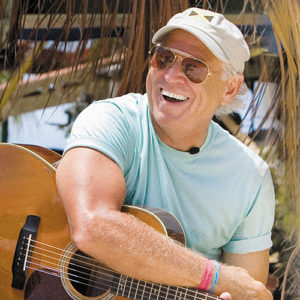 Indianapolis, the wait is over. Jimmy Buffett and the Coral Reefer Band will perform at Ruoff Home Mortgage Music Center for one night only, THURSDAY May 24 at 8 pm, as part of Jimmy Buffett’s “Son Of A Son Of A Sailor” Tour 2018.  Local Parrotheads won’t want to miss their chance to soak in the full Margaritaville experience.

Jimmy released his famous Son Of A Son Of A Sailor LP in 1978, and sang the title track on Saturday Night Live that year. The song was written about his grandfather, James Delaney Buffett, Sr., who was a huge influence on his life. This year is the record’s 40th anniversary and in celebration of that, the summer tour is called Son Of A Son Of A Sailor. The record also includes the hit, “Cheeseburger In Paradise,” a Parrothead favourite, as well as “Livingston Saturday Night” and “Cowboy in the Jungle.”

The long-awaited Margaritaville musical, “Escape to Margaritaville,” had its world premiere in La Jolla, California, and has made pre-Broadway stops in New Orleans, Houston, and Chicago. It will open on Broadway in New York at the Marquis Theatre on March 15, 2018. The original Broadway cast recording of the musical will be released in the spring.

Jimmy has a new and very special project just released titled Buried Treasure. As Jimmy describes it: “Buried Treasure is a unique collection of songs that I wrote in the early days of my career and recorded in Mobile and in Nashville. When we first found the tapes of Buried Treasure, I didn’t know that it would turn out to be such a unique situation where I’d actually get to honor and introduce the people who started me out.” Buried Treasure, Volume 1 was recently released on Mailboat Records in standard and deluxe packaging.