The Center for the Performing Arts proudly announced comedian Dennis Miller in concert Friday, May 18th at 8:00 PM at the Palladium. 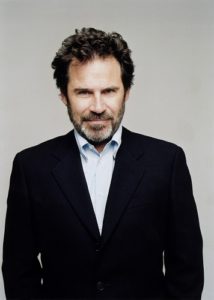 Maybe you’ve seen him on The O’Reilly Factor, or perhaps you recall his days as anchor of the “Weekend Update” segment on Saturday Night Live. Dennis Miller is also an award-winning comedian, talk-show host, sports commentator, actor, author, and television personality. After captivating SNL audiences from 1985 to 1991, he went on to earn five Emmy and three Writers Guild of America awards for his critically acclaimed talk show, Dennis Miller Live. Miller is also the author of the New York Times bestsellers The Rants, Ranting Again, I Rant, Therefore I Am and The Rant Zone.

Tickets are available by contacting the Palladium box office or the Center for the Performing Arts.  Tickets start at $35.00.