Comedian ANTHONY JESELNIK will perform Saturday, May 12, 2018 at 7:30 p.m. in the Egyptian Room at Old National Centre. 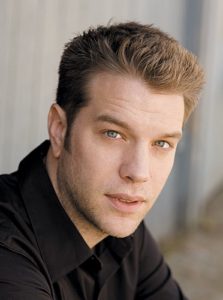 Due to popular demand renowned comedian Anthony Jeselnik is hitting the road in 2018 for his Funny Games Tour. Jeselnik is a comedy industry veteran wowing audiences for over 15 years. 2017 was a banner year as he toured with Chris Rock‘s Total Blackout tour and perfected his new hour, workshopping in clubs across North America. He started his comedy career by starring in and creating Comedy Central’s THE JESELNIK OFFENSIVE, which ran for two seasons. He went on to write and appear for several Comedy Central Roasts, most notable: THE ROAST OF DONALD TRUMP and THE ROAST OF CHARLIE SHEEN. Anthony was the first ever stand-up comic to appear on Late Night with Jimmy Fallon. He also wrote for Late Night with Jimmy Fallon as well as received an Emmy Nomination for his work on A NIGHT OF TOO MANY STARS: AN OVERBOOKED CONCERT FOR AUTISTIC EDUCATION. His last official tour ended in early 2015 when he shot his critically acclaimed Netflix special THOUGHTS AND PRAYERS.