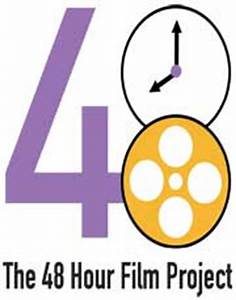 Indy Film Fest presented by Indiana State University, the Midwest’s fastest growing and most-watched film series, is excited for the return of the 48 Hour Film Project, an international film competition, from April 20 – 22 and teams can register online now.

Teams of filmmakers, novices, actors, and friends from all over Indianapolis will come together and compete to see who can make the best short film in only 48 hours. On April 20, teams will begin their weekend-long endeavor to create a four- to seven-minute movie in a specific genre that includes a predetermined character, prop, and line of dialogue. Top honors will be given to the team that incorporates the most creative use of these elements. The films will be screened at the Indy Film Fest on April 30 and May 1 in front of other filmmakers, families, Fest guests, and friends.

For the last twelve years, the 48 Hour Film Project has brought amateur and professional filmmakers together in more than 130 cities across the globe to create works of action, adventure, comedy, drama, fantasy, horror, romance, sci fi, and more. Taking part in the project helps imaginative people connect to make films, find friends, collaborate, and have fun doing it. Winners from each city will be entered in an international competition, and the champion will be featured at the 2019 Cannes Film Festival.

“The 48 Hour Film Project is a great weekend to kick-off Indy Film Fest,” said Chris Overpeck, Indy Film Fest board president. “Our goal has always been to create a shared experience for the community around film, this project takes that one step further and allows them to be hands-on.”

Interested Indianapolis-area filmmakers, actors, musicians, artists, creativity junkies, and insomniacs, professional and novice alike, can create a team and sign up to compete in the Indianapolis chapter of the 48 Hour Film Project at www.48hourfilm.com/indianapolis-in.