Musical humorist “Weird Al” Yankovic will visit the Palladium in March on a road trip he calls The Ridiculously Self-Indulgent, Ill-Advised Vanity Tour. 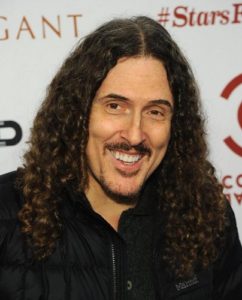 Known for such pop song parodies as “Eat It” and “Amish Paradise,” Yankovic is the best-selling comedy recording artist of all time, and his appeal remains as strong as ever. His most recent release, Mandatory Fun, was the first comedy album in history to debut at #1 on Billboard’s Top 200. In November, Legacy Recordings will re-release all 14 of his studio albums in a career retrospective set, Squeeze Box: The Complete Recordings of “Weird Al” Yankovic. In 2018, he will be awarded a star on the Hollywood Walk of Fame.

Despite a penchant for elaborate stage shows, the accordion-wielding satirist is taking a different approach on this tour, ditching the wacky costumes, props and video. He and his band of three decades are playing intimate venues, focusing on his original, non-parody songs and drawing from his vast catalog to craft a different set list for every stop.

“After 35 years of big productions, I just wanted to take it down a few notches and have a little musical palate cleanser,” he says. “This show will be loose, unpredictable, and maybe a bit sloppy – we’ll be making it up as we go along!” 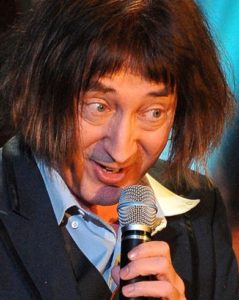 Opening the evening will be Emo Philips, a longtime friend who appeared in Yankovic’s 1989 film UHF. Known for his quirky appearance and delivery, he was cited by Jay Leno as “the best joke writer in America.”