Contemporary jazz artist Brian Culbertson will play the Palladium this spring in support of his upcoming album, Colors of Love.

Set for release around Valentine’s Day, Culbertson’s new collection of 13 songs is said to be inspired by love, romance and Culbertson’s recent 20th wedding anniversary – a notable contrast from his hard-hitting 2016 album, Funk!

The Colors of Love Tour hits the Palladium stage at 8 p.m. Friday, April 13. Tickets start at $25 and are on sale at the Palladium Box Office, online at TheCenterPresents.org or by phone at (317) 843-3800. The Jazz Series event is part of the Center’s 2017-2018 Season sponsored by Allied Solutions. 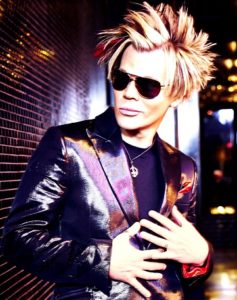 In a career spanning two decades and nearly 20 albums, Culbertson has proved himself equally comfortable in the worlds of R&B, funk and jazz. The multi-instrumentalist and songwriter grew up to the sounds of Earth, Wind & Fire, Tower of Power, and Chicago, but he began developing his own sound while still in his teens. He has since posted 30 Billboard No. 1 singles while collaborating with such artists as Michael McDonald, Chris Botti, Natalie Cole, and Bootsy Collins.

Culbertson’s many honors have included nominations from the NAACP Image Awards and the Soul Train Awards. The Illinois native also is founder and artistic director of the annual Napa Valley Jazz Getaway, now in its seventh year.