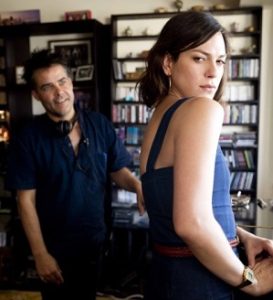 Sebastian Lelio’s latest work, “A Fantastic Woman,” won the Oscar for Best Foreign Language Film last week.  It was the first Chilean picture to do so.  Now it’s finally opened here in Indianapolis, and upon viewing, we realize it’s an excellent film but it possibly won the honor more for its message than for its cinematic value.  “A Fantastic Woman” tells the unfortunate story of a Marina, a transgendered woman whose older male lover suddenly dies of an aneurism, leading to a difficult period for her.

Although their relationship has lasted the better part of a year, Marina has never met Orlando’s family.  Upon hearing the news of his death, Orlando’s brother, ex-wife, and others come out of the woodwork to shun Marina, and keep her away from Orlando’s wake, funeral, and cremation.  The family is aware of Marina’s sexuality, and does not accept her for this reason – not because she simply happened to be Orlando’s lover.

The blatant sexuality of the immediate and extended family – some of it bordering on physical and emotional violence – is to be expected, although, in this day and age, I’m a little surprised with its intensity.  Would they have reacted so perversely had Marina not been transgendered?  It’s difficult to say for certain, but I believe they would have been more accepting.

What saves an otherwise predictable plot for me is the fact that Lelio (and co-screenwriter Gonzalo Maza) do not settle for a big scene or two of overblown modern sexual bravado by Marina.  While a typical Hollywood picture might have featured a late scene or two of Marina publicly shaming Orlando’s family members, “A Fantastic Woman” is respectful enough of its antagonists (and its viewers) to shy away from a predictable comeuppance in favor of several quiet scenes of Marina’s thoughtful realization that some people will never be able to change their hardened beliefs.  In the grand scheme of things, Marina’s stated desire turns out to be true – that she simply wants to say goodbye to a man for whom she harbored strong feelings.  “A Fantastic Woman” has no aim to stand for anything more – and by dampening any broad statements regarding transgendered sexuality, says more than had the screenplay gone for broke.  This is an intimate film which is representative of a movement (or a loosening of social mores), but does not depict that movement outright. 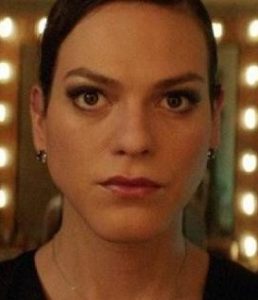 My belief is part of the reason “A Fantastic Woman” won the Oscar is because Daniela Vega (Marina) is actually transgendered herself.  And much as Jaye Davidson in the 1992 classic “The Crying Game,” Vega is beautiful.  It’s difficult to watch sexists hurl homosexual epithets at Marina when most male viewers see her as downright attractive.  My fear is that had Marina been played by a straight female actress, it might not have won the award.  In other words, its accolades were dependent upon its casting.  For me, a film must work in spite of its casting – not because of it.  To wit, I am a huge fan of Richard Linklater’s 2014 masterpiece, “Boyhood” – irrespective of the fact that the same four actors were filmed over 12 years to make the film.  It would have worked just as well for me had different actors been used to depict the children at various stages of their lives.

I loved “A Fantastic Woman,” but I liked Ziad Doueiri’s Lebanese film “The Insult” better.  As in the Chilean picture, the Lebanese protagonist of “The Insult” merely desires an apology from the Palestinian who initiated the action.  But Doueiri’s and Joelle Touma’s screenplay takes “The Insult” to a whole other level, with its court trial pitting Lebanese Arabs against the Palestinians, upon whom most other Arabs look down.  “The Insult” opens our eyes to world to which we Americans give little thought.  “A Fantastic Woman” gives credence to a sexual movement whose message bombards us daily – what with politicians forcing the transgendered to use restrooms which no longer match their sex.

Please see “A Fantastic Woman.”  But then make every attempt to seek out “The Insult,” and watch the best foreign language film to come along in years.