The 89th season of the Indianapolis Symphony Orchestra brings some of the world’s most sought-after musicians, phenomenal masterworks, beloved Hollywood film scores, and more to the historic Hilbert Circle Theatre. 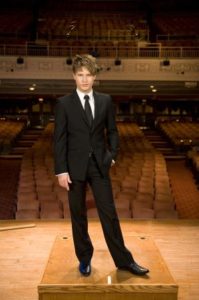 For his eighth season with the ISO, Music Director Krzysztof Urbański has selected an exciting arc to tie the Lilly Classical Series throughout the year. The orchestra begins the season with Brahms’ Symphony No. 1 and will perform the composer’s entire symphony cycle throughout the season – culminating with his fourth and final symphony, which paved the way for modernism in symphonic music.

The classical season also includes Shostakovich‘s monumental fourth symphony – thought by many to be his most bold work. Written in Russia at a time when music gave a voice to people who didn’t have one – this was also a time when Shostakovich was silenced by political oppression. It took 25 years after this symphony was completed before the scores ever saw the light of day, and audiences were able to hear this emotional and astounding music. 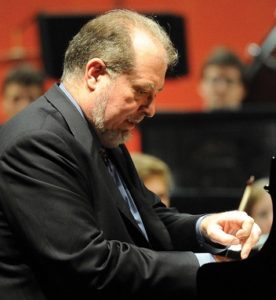 Five phenomenal concertos performed in two nights by one legendary pianist: Garrick Ohlsson returns to the Hilbert Circle Theatre to perform all four of Rachmaninoff’s piano concertos, along with the composer’s Rhapsody on a Theme by Paganini. This is a rare opportunity to hear the depth and genius of Rachmaninoff and some of the greatest works in the piano repertoire performed by a master of the keyboard along with your ISO. After the success of the ISO’s performance of all five Prokofiev piano concertos last fall, this is sure to be an incredible concert weekend.

A two-week Parisian Festival will celebrate the sounds of the City of Light and the composers who loved Paris so dearly. The festival will connect audiences to both the classical and pops programming of the Indianapolis Symphony, as one week is conducted by Principal Pops Conductor Jack Everly and the other by Music Director Krzysztof Urbański. This will be a wonderful set of concerts highlighting the versatility of our orchestra.

The ISO is honored to welcome a host of new and returning guest artists including: 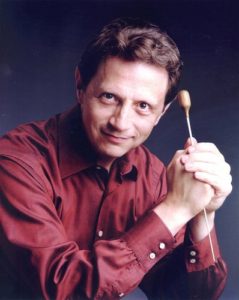 Maestro Jack Everly presents an energetic season for his 19th year as Principal Pops Conductor of the ISO. We’re preparing to share an exciting season with our patrons as we explore your favorite hits from Hollywood, Broadway, the Great American Songbook, jazz, and more in the Printing Partners Pops Series and Anthem Coffee Pops Series. Highlights include: 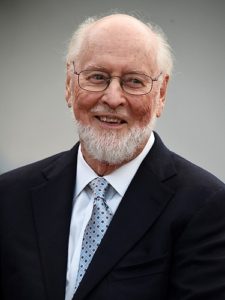 Witness Star Wars Episode IV: A New Hope and Star Wars Episode V: The Empire Strikes Back on screen like never before – with the Indianapolis Symphony Orchestra performing live accompaniment of the iconic John Williams score! In Episode IV, Luke Skywalker begins a journey that will change the galaxy, as he leaves his home planet, battles the evil Empire, and learns the ways of the Force. This all leads to Episode V, which takes place after the destruction of the Death Star. The Empire has regrouped – with Darth Vader leading the hunt for Luke Skywalker.

Subscriptions are the best way to experience the ISO, offering the greatest value and the most benefits.  For the Lilly Classical Series, patrons who subscribe to the full 18-concert package can receive the equivalent of up to eight concerts for free, and the six-concert package receives one free concert. For the Printing Partners Pops Series, patrons who subscribe to the eight-concert series receive the equivalent of one free concert. Depending on the number of concerts you attend, subscribers can save hundreds of dollars each year!