2018 Symphony on the Prairie Schedule

The Indianapolis Symphony Orchestra announced the 37th season of Kroger Symphony on the Prairie today, taking patrons on a musical journey with a line-up that will transport them to distant galaxies, the high seas, back to the early 1800s, and through many decades of popular music.

The ISO begins the three-month season with the beloved film scores of John Williams – specifically, an entire Star Wars concert weekend! Additional highlights include Beethoven’s exhilarating seventh symphony, a celebration of 50 years of The Beatles White Album, and collaborations between our orchestra and bands including The Beach Boys and Big Bad Voodoo Daddy. Kroger Symphony on the Prairie 2018 also includes four nights of Star Spangled Symphony concerts.

A summertime tradition since its inception in 1982, when 14-year-old violin sensation Joshua Bell made his professional orchestra debut in the inaugural concert, the Kroger Symphony on the Prairie series has grown from a few summer shows to a 12-weekend series attended by more than 120,000 people each year. Kroger stepped up to become the title sponsor of Symphony on the Prairie last summer, and this fantastic partnership continues in its second year.

Discount value packs and season table subscriptions and reserved parking are on sale now. Single tickets go on sale April 23 at 10 a.m. The season line-up is listed below.

Unless otherwise specified, gates open at 6 p.m. and concerts begin at 8 p.m.

The Indianapolis Symphony Orchestra opens the 37th season of Kroger Symphony on the Prairie with a celebration of the beloved scores in the Star Wars franchise. The ISO performs highlights from legendary composer John Williams – including themes from the original trilogy and the recent extensions of the intergalactic adventures.

Boy and Girl Scouts under age 18 and Scout Leaders in uniform will receive free admission on Friday, June 15, with the donation of a one-pound box of pasta. 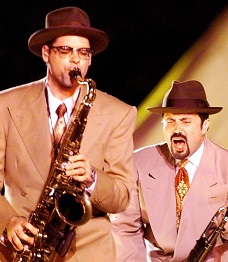 Big Bad Voodoo Daddy returns to the Conner Prairie stage with its high-voltage sound and feel-good energy. The band is known for its unique blend of jazz, swing, Dixieland, and big band that gets the whole family up and dancing. The ISO performs on Saturday only

Pack your picnic and wear your red, white, and blue for the ISO’s annual celebration of America. The ISO will salute all branches of the U.S. Armed Forces each night. Our summertime tradition features symphony favorites, including Tchaikovsky’s 1812 Overture complete with real cannons, and spectacular fireworks to cap off each concert. This is a premium-priced concert. Gates open at 4:30 p.m. each night.

Beethoven considered this work his “most excellent symphony,” and it is often noted for its unbridled optimism. As Richard Wagner once said, “if anyone plays the Seventh, tables and benches, cans and cups, the grandmother, the blind and the lame, aye, the children in the cradle fall to dancing.” 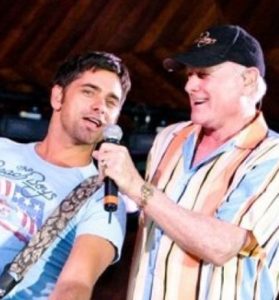 Surf’s up as the orchestra is joined by The Beach Boys, led by founding member Mike Love and featuring an all-star band. The band that made Surf Rock a nationwide sound performs hit singles from decades of albums, including all of your favorites featuring their trademark harmonies. It’s sure to be a “Fun, Fun, Fun” night! This is a premium-priced concert. The ISO performs on Friday night only.

Don Juan is a daring and energetic work – the first tone poem written by Richard Strauss as he sparked a new genre. From the breathtaking opening theme to the title character’s last breath, join the ISO to hear the piece that launched a legendary composer’s career.

The ISO does not perform at the following concerts

Grab your boat shoes and head to Conner Prairie for a tribute to the best of ‘70s light rock. Yacht Rock Revue’s spot-on renditions of Hall & Oates, Michael McDonald, Steely Dan, and the rest of the Time-Life Infomercial Catalog have enthralled fans across the United States. By blurring the lines between a tribute, an original act, and a comedic troupe, Yacht Rock Revue has forged a unique niche market and a special bond with their fans.

Classical Mystery Tour returns with their annual Kroger Symphony on the Prairie tribute to the Beatles. The night includes more than two dozen Beatles tunes performed exactly as they were originally recorded, from the early Beatles on through “Sgt. Pepper’s Lonely Hearts Club Band” and “Let It Be.” The second half of the concert features a tribute to The White Album, which celebrates its 50th anniversary this year. This is a premium-priced concert.

Another fan favorite, ABBA: The Concert returns to perform the best hits of the Swedish pop group including “SOS,” “Dancing Queen,” “Mamma Mia,” and many more. Bjorn, Agnetha, Anni-Frid, and Benny are recreated before your eyes by four of the world’s most accurate, authentic and experienced ABBA Tribute Artists. Be sure to bring your dancing shoes as the stage front dance floor will be open for all! 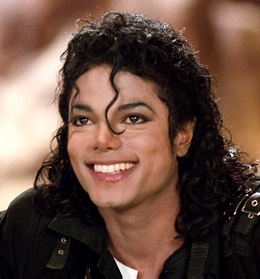 Back by popular demand, the Ultimate Michael Jackson Tribute Band returns for a third year of the chart-topping music and jaw-dropping dance moves of the undisputed King of Pop. Sing and dance along with them to your favorite Michael Jackson hits, such as “Beat It,” “Thriller,” and so many more!

Aug. 30-31: The Music of Tom Petty with Southern Accents

Assembled from a team of talented musicians from the Nashville studio & touring circuit, Southern Accents recreates the music, style & sound of Tom Petty with precision and wildly contagious enthusiasm. As the Ultimate Tom Petty & The Heartbreakers Experience, Southern Accents brings the timeless melodies, sweet rhythms and wild rock-music of Tom Petty to the stage for everyone to experience and fall in love with all over again. 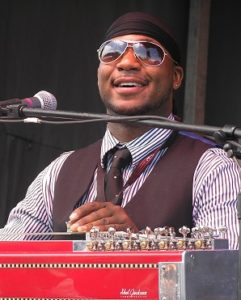 We’re wrapping up the summer season with an energetic show you won’t want to miss! Pedal steel guitar virtuoso Robert Randolph is the frontman for this funk/soul jam band. Randolph’s unprecedented prowess on his instrument garnered him a spot on Rolling Stone’s “100 Greatest Guitarists of All Time” list, and also gained the attention of artists like Eric Clapton, Dave Matthews, The Roots, and Jack White, who have since collaborated with Randolph on stage and in the studio.