The city of Shelbyville is proud to present its 2018 free admission summer concert series Music in the Park that will be held at Blue River Memorial Park located at 725 Lee Boulevard in Shelbyville. This year’s lineup will feature a strong mix of legendary hits and headliners across a wide spectrum of genres including Hard Day’s Night: A Tribute to The Beatles, Corey Cox, DUDE!, and The Easthills.

The annual Music in the Park summer concert series adds to the Shelbyville community’s continual effort to bring entertaining activities for area families. “The City of Shelbyville is focused on bringing top-of-the-line entertainment each summer,” said Karen Martin, Director of Shelbyville Parks & Recreation. “Our city parks are vibrant, and beautiful, and provide fun for the whole family.”

All concerts are family friendly, ideal for those on a date night or spending time with family or friends. Participants are encouraged to bring lawn chairs and blankets for each evening packed with fantastic entertainment.

Concerts are free to the public.

Summer concerts for the 2018 Music in the Park series include:

DUDE! is one of Indy’s most popular go-to bands for parties, corporate gatherings, weddings, and special events. The group is made up of some of the Indianapolis area’s most prestigious musicians playing a mix of unforgettable tunes each time they play out. For the Shelbyville show DUDE! will focus on delivering a night of 80’s chart-topping hits. 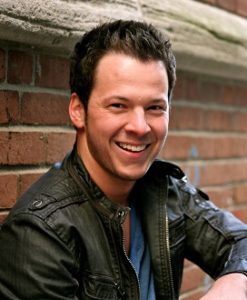 Corey Cox recently released a cover of the song “Strawberry Wine”, his first release since the acclaimed 2015 EP Light It Up, a six-song work produced by Thom Daugherty – known in his own right for guitar work in the rock band The Elms and the touring lineup of The Band Perry. “Strawberry Wine” was originally recorded by Deana Carter, and reached No. 1 on the Billboard Hot Country Singles & Tracks chart in 1996. One of Cox’s favorite songs, he has given the song a modern feel and a male perspective on the song’s theme of first love.

While on the road and splitting time between his home state of Indiana and Nashville, Tenn. the past seven years, Cox has shared the stage with many of country music’s biggest stars including Willie Nelson, Dierks Bentley, Darius Rucker, Josh Turner, and Chris Young at prestigious music venues, tours, rodeos, fairs and festivals across the country.

Cox has built his name through his relatable lyrics, contagious songs, and energetic live shows – a combination that has attracted a strong and loyal following.

Fri, August 17 – The Easthills with special guest Doug Henthorn – a night of rock and blues. 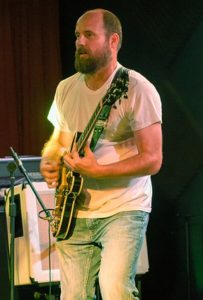 The Easthills are an Indiana based band whose most recent album Fear & Temptation gained critical praise behind the songs, and accompanying videos, for “Mothers & Fools,” “Holiday Women,” and “Georgia Pine“. The album also features guest appearances by members of REO Speedwagon, Tesla, Guided By Voices, and the Georgia Satellites.  Doug Henthorn will open the show. Henthorn, formerly of Healing Sixes, has toured and appeared on albums by Joe Bonamassa, John Hiatt, and Beth Hart.

Sat, September 15 – Hard Day’s Night: A Tribute to The Beatles – a night of songs covering all eras of The Beatles career. 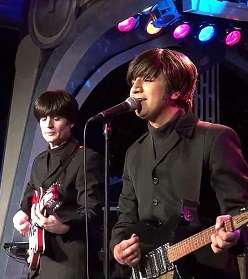 Since 1996, Hard Day’s Night has been entertaining Beatles fans across the country. Hailing from the rock ‘n roll city of Cleveland, Ohio, Hard Day’s Night is rated among the top national Beatles tribute groups performing today.  The band focuses on performing songs exactly as the Beatles themselves did; four musicians onstage in character as John, Paul, George, and Ringo; wearing perfect stitch-for-stitch replications of the suits made famous by the Beatles; with authentic Vox, Hofner, Gretsch, Rickenbacker, and Ludwig instruments; playing the world-famous songs note-for-note.

Through its musical talent and dedication to authenticity the group is one of the few touring Beatles tribute bands to be invited to perform at the world-famous Cavern Club in Liverpool, England during International Beatles Week.  This trip across the pond also included a special appearance with Pete Best, the Beatles’ first drummer, at the Casbah Club.

Hard Day’s Night has had the pleasure of performing for thousands of Beatles fans in England and the United States, including such national clients as Continental Airlines, Hard Rock Cafe, Hilton Hotels, Volkswagen of America, and the American Heart Association. Television clips featuring the band have appeared on FOX, PBS, and CBS, and the group has appeared with such noted British Invasion performers as Peter Noone and Herman’s Hermits and Billy J. Kramer, as well as Tim Piper, nationally known John Lennon impersonator.

Hard Day’s Night is privileged to recreate and perform the magical music of the Beatles for fans young and old and thrilled to introduce a whole new generation of Beatles fans to the excitement of a Beatles concert! They are dedicated to keeping Beatlemania alive in one of the most authentic, all-live stage tributes seen today! Hard Day’s Night is proud to carry on the legacy of the number one rock ‘n roll group of all time – the Beatles!