The Indianapolis Symphony Orchestra’s search committee announces the organization’s next leader is James M. Johnson. Currently the President and Chief Executive Officer of the Omaha Symphony Association, Johnson will join the ISO this spring after seven years in Nebraska. 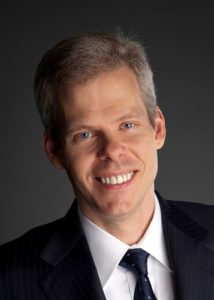 Johnson’s accomplishments with the Omaha Symphony include the negotiation of a groundbreaking five-year collective bargaining agreement with the musicians’ union and improvement in the orchestra’s finances, achieving budget surpluses, and significant growth in the endowment. Under his leadership, the Omaha Symphony launched a film series, increased attendance for their classical series, and forged community partnerships to create connections with a more diverse patron base.

“The Indianapolis Symphony Orchestra is a treasured member of the community,” said Johnson “I am honored the Board of Directors has asked me to serve an organization dedicated to providing inspiration, entertainment, and educational opportunities to the city and region. I look forward to working with Krzysztof Urbański and Jack Everly in support of their artistic initiatives. I can’t wait to be in the audience to listen to the ISO’s superb musicians and be delighted and amazed at their versatility. Working with the orchestra’s dedicated board, staff, and volunteers, I will strive to make even deeper connections to the community.”

Prior to his tenure with the Omaha Symphony, Johnson served as Chief Executive Officer of the New York Pops for 10 years. During this time, he initiated successful digital marketing initiatives; secured the orchestra’s first government grants from federal, state, and city agencies; revitalized family programs for Carnegie Hall; and negotiated national television appearances for the orchestra. Johnson was previously Director of Operations for the Orchestra of St. Luke’s in New York City, as well as General Manager of the Martha Graham Dance Company.

“We are absolutely delighted to announce James as the newest member of the ISO family,” said Yvonne H. Shaheen, Chair of the ISO Board of Directors. “With his long history of leading successful arts organizations and commitment to the values shared by our musicians, staff, and board, we look forward to embarking on this next chapter in the ISO story.”

As Chief Executive Officer, Johnson will lead the largest arts-related employer in Indiana, with 55 administrative staff members and 74 full-time musicians. He will oversee the ISO’s $26 million annual operating budget, as well as the organization’s strategic plan. Johnson will assume the CEO role at the ISO beginning April 30, 2018 – just days after the orchestra returns from Washington, D.C., where it will represent Indianapolis at the Kennedy Center and Washington Performing Arts SHIFT Festival of American Orchestras.