THE MUSICAL BOX – 50th Anniversary Celebration of Genesis is coming to the Murat Theatre at the Old National Centre.  The Exclusive Performance Authorized by Peter Gabriel! hits Indy on Saturday, March 3rd – 7:30 p.m. 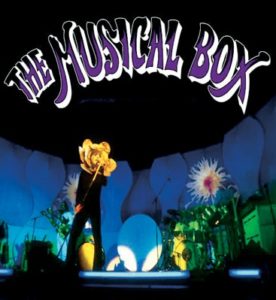 The Musical Box, internationally acclaimed for its historical reenactment of early Genesis’ works, will perform Selling England by the Pound, the emblematic 1973 show that made Genesis and Peter Gabriel attain rock star status, enjoying to this day a cult following from nostalgic and young music lovers alike. With Peter Gabriel’s famous theatrics and Genesis’ unique musicianship, the band’s artistry would produce some of the most iconic images and sounds of the progressive rock era, such as the mythic 23 minute long Supper’s Ready, considered as one of the most intense live experiences ever created. Exclusively licensed by Peter Gabriel and Genesis, The Musical Box has performed for more than a million spectators worldwide in some of the most prestigious venues such as the London Royal Albert Hall, and had the privilege of receiving Phil Collins and Steve Hackett from Genesis as performing guests. With its quest for authenticity, The Musical Box is often cited as the best interpretation group in the world, proving the relevance of performing contemporary classics.