The Riverside Park Organizing Committee has announced the lineup for the 2018 Free Summer Concert Series at Riverside Park Amphitheater in Rushville, Ind. A diverse range of artists will be featured and the season will kick off in mid-June.

“Once again we have a great range of artists and entertainment as part of our annual concert season. It is always the goal to try and offer a little something for everyone and I believe this has been accomplished with rock, country, jazz, and R&B all as part of this year’s eclectic lineup,” said Mike Pavey, Mayor of Rushville. 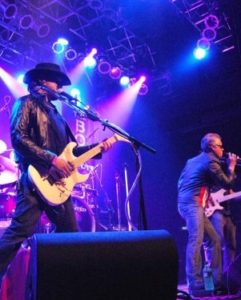 WANTED: Bon Jovi Tribute will open the series on Saturday, June 9. WANTED focuses on performing the music of Bon Jovi the way it is meant to be played and with no vocal tracks or sampling. They will be visiting cult favorites like “Runaway”, “Livin’ on a Prayer” and “It’s My Life.” Local band Breaking The Cycle will open the show.

The Louisville Crashers continues the series Saturday, July 7, as one of the nation’s best party bands with their unparalleled energy and musicianship that will keep you rocking all night long. Jazz and R&B group The Rob Dixon Trio will open the show.

Runaway June brings their country, three-part female harmony to Riverside Park on Saturday, July 21. Naomi Cooke, Hannah Mulholland, and Jennifer Wayne embrace their Dixie Chicks-esque style with strong vocals, a guitar, and mandolin. The Sean Lamb Band will open for Runaway June with its own take on country music, often described as “the Norman Rockwell of country music.”

Canadian band ACROBAT: The U2 Tribute Show will showcase their authentic and passionate tribute to the U2 live experience on Saturday, July 28.  Each member of ACROBAT takes pride in modeling every performance after the best of U2’s live concerts over the last 35 years. Local favorite, Dave Muskett is set to open for ACROBAT with his groove-oriented Mississippi inspired music.

Devon Allman, the former lynchpin behind such bands as Royal Southern Brotherhood and Honeytribe, has launched a new band, The Devon Allman Project with special guest Duane Betts. The six-piece ensemble will perform live in Rushville for a night full of blues-rock, sure to cool off the hot August 11 night. Duane Betts, the son of Allman Brother’s co-founding guitarist Dickie Betts, will join Devon, the son of the late, great Gregg Allman. The band’s world tour is all about comfort, remembrance and a special bond between musical brothers. The Easthills will open the show. 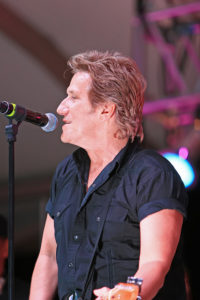 Finishing out the 2018 season, John Cafferty and the Beaver Brown Band hits the stage on Saturday, September 15. They are known for their part in the classic Eddie and the Cruisers movies and smash hits including “On the Dark Side,” “Tender Years,” “Tough All Over,” “C-I-T-Y” and “Wild Summer Nights”. Cafferty also saw success with songs that have been featured in other blockbuster movies including “Hearts On Fire” from Rocky IV and songs in Roadhouse, Cobra, There’s Something About Mary, and Dumb & Dumber To.  Indiana- natives The Why Store will open the show with their recent and 90’s hits like “Surround Me” and “Lack of Water.”