The Drewry Simmons Vornehm Series is proud to present Richard Marx in concert Saturday, Jan. 27, at 8 p.m. at The Palladium. 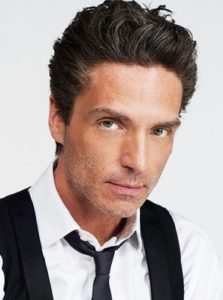 Richard Marx became an instant pop smash when he debuted in the late 1980s, cracking the Billboard Top 5 with his first seven singles, including the rockers “Don’t Mean Nothing” and “Should’ve Known Better,” and ballads “Right Here Waiting” and “Hold on to the Nights.” The Chicago-born singer-songwriter also has written hits for artists as diverse as Kenny Rogers, *NSYNC, and Luther Vandross. In this solo acoustic performance at the Palladium, he will accompany himself on guitar and piano.

Tickets available online at http://www.thecenterfortheperformingarts.org/ or by phone at (317) 843-3800