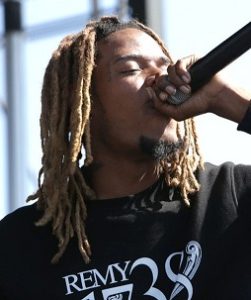 For the Trap&B artist named Fetty Wap known for sharing his love about his ride or die chick on his breakout hit “Trap Queen,” his hustle never stops. Willie Maxwell II hails from New Jersey, like Redman and Joe Budden, calling home to a city called Paterson. The rapper explains it was difficult growing up there, specifically pointing out that “everybody is trying to make it out.” As he adjusts to the attention after blowing up from “Trap Queen” in 2014, his mission in hip-hop isn’t to become more famous, but to use his fortunes to help his community rise above their hardships. “Trap Queen” hit No. 2 on the Billboard Hot 100, No. 13 on iTunes, 19 million YouTube plays, and 22 million SoundCloud plays.